There is no such thing in life as a cast iron guarantee but a Sebastien Loeb victory on Rallye Deutschland is about as close as it gets. French ace Loeb, the six-time world champion and lead driver of the Citroen Total World Rally Team, has never been beaten in Germany since the country's all-asphalt event was elevated to world championship status in 2002. 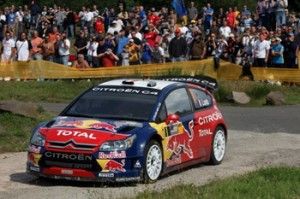