Pirelli returns to the lead of the European Rally Championship 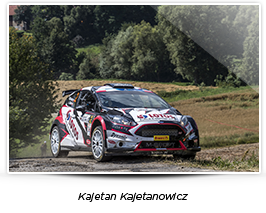 Pirelli’s reigning European Rally Champion, Kajetan Kajetanowicz, has returned to the top of the overall classification thanks to a second-place finish on his home Rally Rzeszow in Poland. Pirelli-equipped drivers again proved their supremacy on the all-asphalt round five of the European Rally Championship, especially within the young driver categories.

Overall winners: Kajetan Kajetanowicz/Jarek Baran (Ford Fiesta R5). The two-time European Rally Champions regained the overall lead of the series with just three rounds to go – in the Czech Republic, Italy and Latvia – after perfectly managing Rally Rzeszow, their car, and their P Zero RK tyres from start to finish. Alexey Lukyanuk, returning to the championship following a serious injury earlier this year, put in a determined but ultimately unlucky performance, winning the opening stage of the rally before going off into retirement.

ERC Junior Under 28 winners: Marijan Griebel/Stefan Kopczyk (Skoda Fabia R5). The German crew were third overall in Poland, claiming the Under 28 win to reinforce their overall lead of this hotly-fought category, which carries a prize drive on the World Rally Championship. 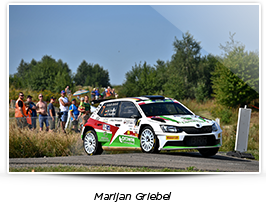 ACI Team Italia: Luca Bottarelli’s drive in a Toyota Motorsport GT86 CS-R3, supported by the Italian motorsport federation and Pirelli, ended halfway through the second leg when the Italian driver unfortunately went off.

Quotes: Pirelli driver Kajetan Kajetanowicz: “I could have been more aggressive on my home rally and tried to win, but this time I had a different objective: taking the overall championship lead again. There are three rallies left and I will do everything to maintain my lead.”

Pirelli returns to the lead of the European Rally Championship