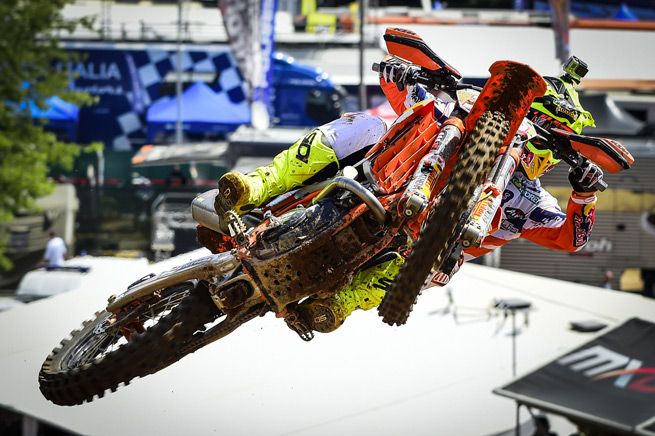 The historic setting of Maggiora is famous for standout events like the 1986 Motocross of Nations but on this occasion it was memorable for an emotional Tony Cairoli victory for the tenth round of the FIM Motocross World Championship. Over 30,000 spectators saw Pirelli celebrate yet more spoils in the premier MXGP class and the MX2 category. The first four riders in MXGP ran SCORPION™ MX MidSoft 32F front and rear, and were headed by seven times world champion Tony Cairoli, who won both motos to drive the partisan crowd crazy. The factory KTM racer beatJeremy Van Horebeek into second place with the Belgian still able to toast his ninth consecutive podium finish. He walked the rostrum ahead of Suzuki’s Kevin Strijbos in third. Only fourth, Clement Desalle rued a crash in the first moto that left him with a sore wrist and he could only manage fourth position in the second race. MX2 was also the domain of the SCORPION MX 32™, more preciselySCORPION™ MX MidSoft 32F, and assisted the power and traction of the first five riders home. The win - now somewhat unsurprisingly - went to championJeffrey Herlings with the Dutchman rattling off his speed for a fifth double of the year. Second overall belonged to KTM team-mate Jordi Tixier and completing the top three was Kawasaki’s Arnaud Tonus; the Swiss announcing a two year deal to head to the AMA and race for the renowned Pro Circuit over the weekend. Team-mate Dylan Ferrandis was fourth with Tim Gajser closing out the top five. 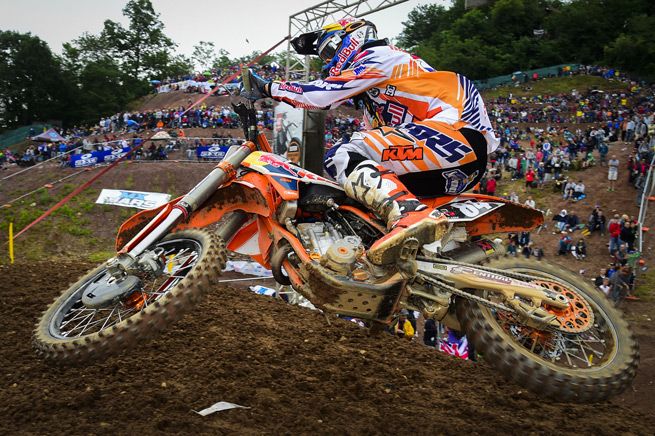 More success for the SCORPION MX 32™ came at European level and in the support classes. In the EMX300 Samuele Bernardini won with his two-stroke and keeps control of the championship standings while in EMX250 Englishman Steven Clarke recovered from a crash and ninth position in the first moto to win the second and also maintain his red plate at the top of the feeder series. Round eleven will take place at the German circuit of Teutschental on June 22. 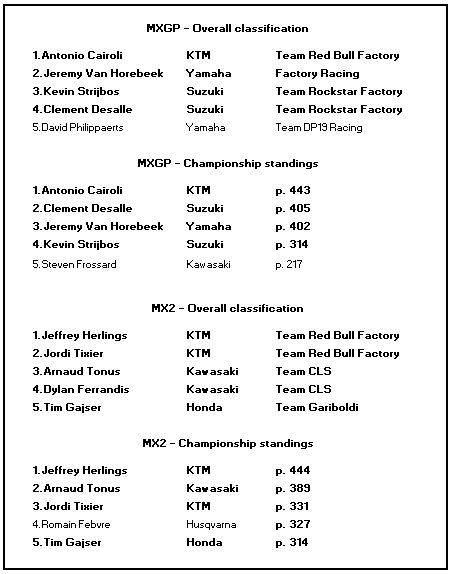