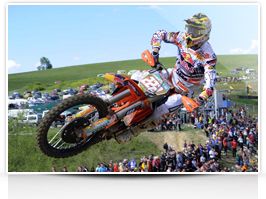 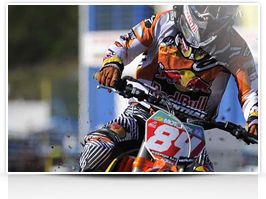 Pirelli rubber established its credentials at the second round of the FIM Motocross World Championship at the fast and hard-pack circuit of Sevlievo in Bulgaria by maintaining control of both of the principal classes. In MX1 five times World Champion Antonio Cairoli managed to keep a high and effective pace around the Bulgarian hills even though the track is not one of his favourites on the calendar. The Sicilian steered his works KTM with a Scorpion Pro front and a MidSoft 32 rear in both of the motos and finished 4th and 3rd in both sprints. Tony had to concede victory to Gautier Paulin and second spot to Christophe Pourcel, the latter riding his Kawasaki with MidSoft32 and on a damper track through watering in the afternoon elected for the MidSoft 454. Fourth overall and using MidSoft 32 front and rear was KTM rider Ken De Dycker, while 2011 vice-champion Steven Frossard had to withdraw from the event after twisting his knee in qualification. MX2 was the domain of Pirelli with the first five positions running the MidSoft32, and current world number two Tommy Searle going 3rd and 1st in the two motos for his maiden victory of 2012. At this side on the podium was Jeffrey Herlings, in second spot, and then Joel Roelants who ran away with the opening moto for the first chequered flag of his career. Following in the overall classification was second KTM rider Jeremy Van Horebeek and then Max Anstie. 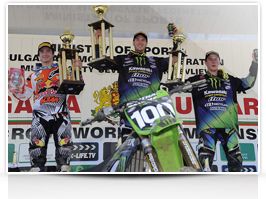 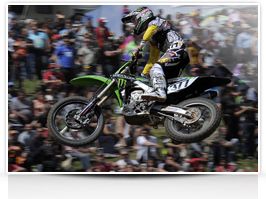 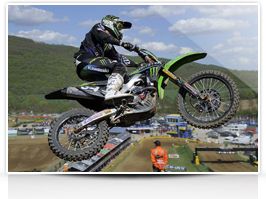 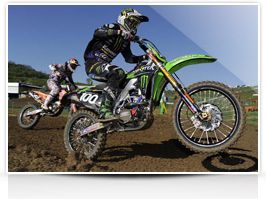