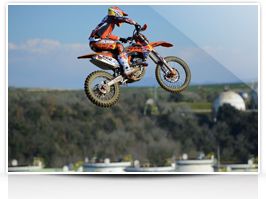 Cairoli (Elite), De Dycker (MX1), Charlier (MX2) and Sileika (125) are the winners At seasonal debut Pirelli Scorpion MX rely their credentials and continue to be protagonist of Internazionali d’Italia. In the second round held on the Roman track of Malagrotta with mixed sand and dirt soil, Pirelli Scorpion MX MidSoft 32 tyres triumphed in all four classes, starting from the Elite where Antonio Cairoli consolidated his leader role starting at first place and crossing the end line five seconds ahead of the official Yamaha rider Steven Frossard. From fourth to eighth spot in the ranking the other Pirelli racers Ken De Dycker, Shaun Simpson, David Philippaerts, Joel Roelants and Christophe Charlier. Cairoli missed the victory for a bit in the MX1 class because of a stone that blocked his rear brake, forcing him to settle for second place behind his team mate De Dycker. With Pirelli Scorpion MX obtained from fourth to seventh place respectively Philippaerts, Frossard, Simpson and Roelants. 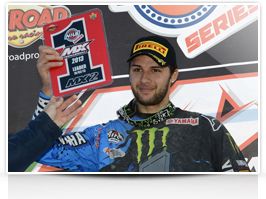 After being unfortunate author of a couple of crashes that denied him the top of the podium in the previous round, this time Yamaha’s Frenchman Christophe Charlier didn’t make any mistake easily winning the MX2 moto that also recorded Giacomo Del Segato’s third place; Latvian Tomass Sileika won 125 class, with Riccardo Righi taking the lead of the overall ranking. 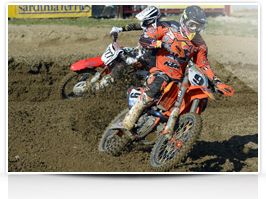 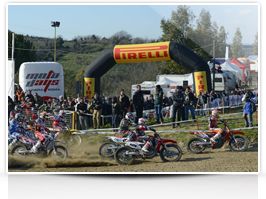 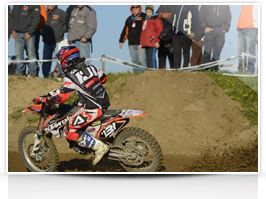 The Internazionali d’Italia championship will end on February 17th on the Arco di Trento (Italy) track.