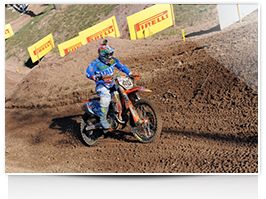 Thirty years after the legendary 1986 edition of the Motocross of Nations, which marked the beginning of the modern era of motocross, the MXoN was back on the historic ‘Mottaccio del Balmone’ track in Maggiora. In front of over 40,000 fans who packed the hill at the foot of the small town in Piemonte. The national teams selected three riders each to compete for the prestigious ‘Chamberlain Trophy’. On a track characterized by a medium-hard soil, Pirelli’s riders entrusted in the excellent SCORPION™ MX32™ Mid Soft that, both front and rear, have demonstrated once again their incredible level of performance. Riders equipped by Pirelli have dragged their teams onto the podium after some dramatic races. France, with 29 points, won for the third year in a row while the Netherlands finished second by just one point. The USA team grabbed the last step of the box and Belgium was fourth overall. Romain Febvre, who won the first race and was fourth place in the third, was the best French rider on the day. Jeffrey Herlings and Glenn Coldenhoff obtained the best results for the Dutch team, with the freshly crowned MX2 champion in his debut aboard the 450 winning the third and final moto. 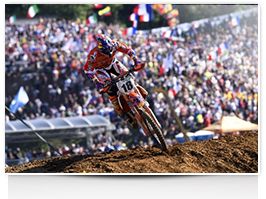 Team Italy, with Antonio Cairoli and Samuele Bernardini both equipped by Pirelli, finished in fifth place. The eight-time world champion also won the MXGP class. Overall victories in their categories belonged also to Jeremy Van Horebeek (MX2) and Jeffrey Herlings (OPEN). The seventieth edition of the ‘Motocross of the Nations’ is now in the books. In two weeks riders will engage in the first edition of the ‘SMX Riders Cup’, the indoor supermotocross race that will be hosted at the Veltins Arena in Gelsenkirchen, Germany. Race results: Race 1 (MXGP+MX2) 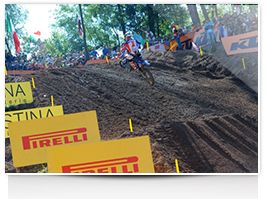