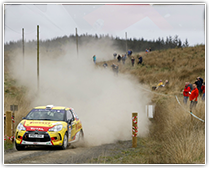 Pirelli will once again sponsor the Carlisle Rally which takes place on Saturday 25th April. This year, the Pirelli Carlisle Rally forms Round Three of the Mintex MSA British Historic Rally Championship and of the West Wales Rally Spares R.A.C Rally Championship. Pirelli has backed the rally for some 24 years now, which takes place in the home of one of its two factories in Great Britain, along with Burton on Trent. The Carlisle factory, with its cutting edge facilities, produces some of the most technologically advanced tyres on sale today, which are designed with FORMULA ONE know-how. In conjunction with the rally, on Friday 24th April, Pirelli will also be holding a VIP tour of the Carlisle factory. Rally legend Jimmy McRae, five-time British Rally Champion, will join a group of selected guests for the tour and discuss his long-standing relationship with Pirelli. 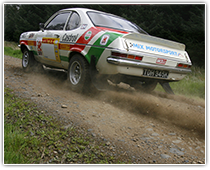 On the same day as the rally, Pirelli will also be holding an employee fun day at the Carlisle factory to thank staff for all their hard work. Employees and their families will have a tour of the Carlisle factory and the opportunity to drive in various simulators. On both the Friday and Saturday, world-renowned precision and stunt driver Russ Swift will be performing two shows at the Carlisle factory. Pirelli has sponsored Russ for over 30 years and he has taken his displays all over the world, featuring in many tv commercials and at various motor shows.