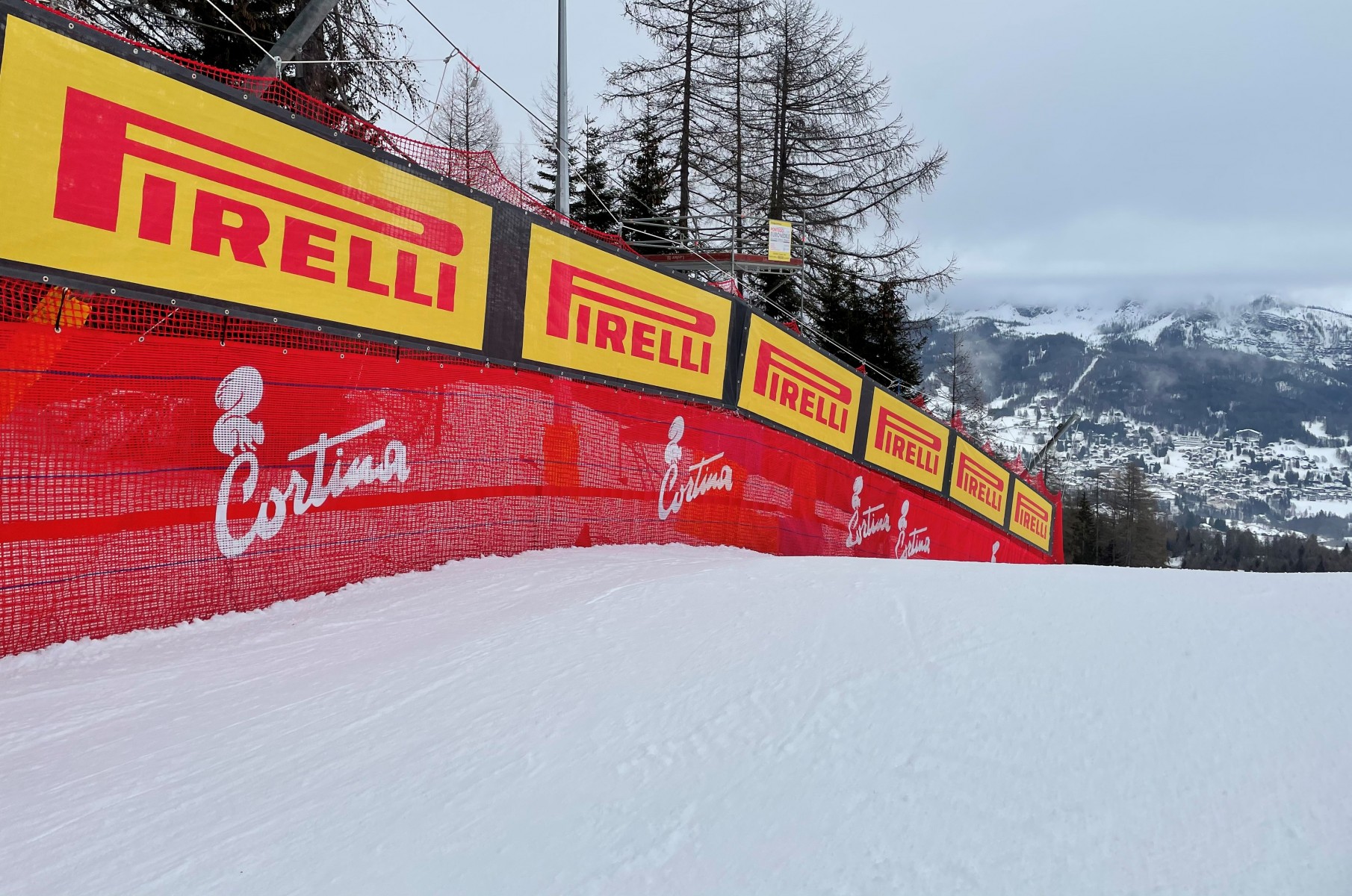 Milan, February 9, 2020 – The FIS Alpine World Ski Championships are underway at Cortina d’Ampezzo, with Pirelli as Main Sponsorthanks to the agreement with Infront, Media & Marketing agent of the event. Pirelli is a well-known winter specialist thanks to its dedicated tyres for the coldest season, and now reconfirms its support for winter sports. This will be the third time in fact that the Italian firm sponsors the World Ski Championships, following Saint Moritz in 2017 and Are in 2019. Pirelli is also a sponsor of the Italian Winter Sports Federation and the Ice Hockey World Championship, IIHF. But the close connection between Pirelli and sport goes way beyond winter, thanks to the partnership with Inter that has lasted for more than 25 years, and its association with the America’s Cup and Luna Rossa for the 36th edition this year. That’s without even mentioning all the different disciplines where Pirelli showcases its tyre technology, from Formula 1 to the World Rally Championship to World Superbikes: all series with Pirelli as exclusive supplier.

Pirelli is also represented in the world of ice and snow by its winter tyre range, which is well-suited to even the most extreme conditions, such as those found in Alpine climates. For more powerful cars, Pirelli makes the P Zero Winter: a tyre developed jointly with car manufacturers themselves. This is in line with Pirelli’s ‘perfect fit’ strategy, which means that every car has a made to measure tyre created specifically for it. All the tyres from the P Zero family are designed in exactly this way. The Winter Sottozero 3 is intended for top of the range premium cars, delivering high performance, while the Cinturato Winter is designed for city cars, urban SUVs and crossover vehicles. For latest-generation SUVs and CUVs the Scorpion Winter is available, while the Carrier Winter is intended for vans and light trucks.

PIRELLI TYRES FOR ELECTRIC AUDIS, INCLUDING THE NEW E-TRON GT

Pirelli is a partner of Audi, which has brought a fleet of electric cars to Cortina, all on Pirelli winter tyres. As well as the Audi A6, A7 and Q5 plug-in hybrids, the fully-electric e-tron and e-tron Sportback – also in S version – will be seen on the roads around Cortina. Audi will additionally be previewing itsprototype e-tron GT at the World Ski Championships: a zero-emission grand tourer, for which Pirelli has made both summer and winter tyres with Elect markings, before it is definitively revealed on February 9. Elect denotes a package of technologies specifically designed to complement the characteristics of electric cars, delivering immediate grip for their immense torque, low rolling resistance to maximise range, and reduced noise to benefit driving comfort and environmental sustainability.

The World Ski Championships are held behind closed doors this year, but Pirelli will open them virtually to fans through its social media channels, allowing winter sports enthusiasts to soak up all the atmosphere. Stars from the world of sport and entertainment will accompany Pirelli’s social followers on a behind the scenes tour to provide a unique perspective on the snowy competition. Cyclist Ignazio Moser will be getting there from the Falzarego Pass, while actress Matilde Gioli will be joining from the Misurina Lake, and another actor – Giulio Berruti – will be broadcasting from the 30 hairpin bends of the Giau Pass. Pirelli’s social media channels will also host a competition where people can win official Cortina 2021 merchandise as well as Pirelli tyres.