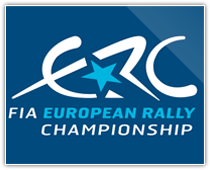 Helping young drivers reach the top has always been a key objective for Pirelli. The Italian tyre manufacturer has signed a two-year agreement to exclusively supply tyres for the FIA European Junior Rally Championship after a competitive tender process. Drivers will use the latest version of the Pirelli P Zero RK tyre for the asphalt rounds and the Scorpion K range for the gravel rounds, as also used on the World Rally Championship. The Sottozero Ice tyre will be used in the opening round: the Rally Liepaja in Latvia. All of the tyres have been designed specifically for latest R2-specification cars and are used by some of the teams in both the FIA European Rally Championship and FIA World Rally Championship, where teams are able to choose their own tyre supplier. The FIA ERC Junior Championship is designed for young drivers embarking on a career in international rallying. Drivers must be born on or after 1 January 1989 and compete in front-wheel-drive R2 cars using Pirelli tyres as standard in order to be eligible for ERC Junior, which attracted a 27-strong entry in 2015 and crowned Emil Bergkvist as its second champion. The Junior series takes place across six ERC rounds on a variety of surfaces designed to test these young drivers. The champion will receive a prize drive in an R5 specification car on the 2016 ERC season-closing Cyprus Rally when it is hoped they will be able to showcase their talents and gain vital experience ahead of a full-time switch to the ERC’s headlining ERC1 class the following season.