Pirelli to return to World Rally Championship in 2014 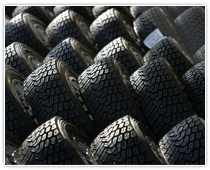 Beginning next year, Pirelli will make its return to the World Rally Championship (WRC). Involved in the series since it began in 1973, Pirelli’s last stint in rally’s top event was from 2008-2010 when it was the official sole supplier to all teams. The Milan company has also sponsored the Star Driver scheme and WRC Academy with the aim of helping the new generation of rookie drivers to get to the top of the sport. Pirelli now returns to this sport in open competition with three other tyre manufacturers chosen by FIA as suppliers to the 2014 World Rally Championship. Pirelli is renowned for its long and distinguished involvement in rally, both as sole supplier and in open competition, and is currently engaged in several national rally championships. The Milan-based company has so far chalked up 180 WRC event wins. Paul Hembery, Pirelli Motorsport Director, advises: “For a tyre manufacturer, rallying is a fantastic challenge as the tyres are tested on every road surface, in a huge variety of climatic conditions. Rallying is an extreme sport where the tyres can make a massive difference”. Pirelli continues to develop and test its rally tyres, refining its latest products, P Zero™ for tarmac and Scorpion for gravel: these environmentally-friendly tyres have been adapted to the WRC’s latest regulations, whilst striking the perfect balance between performance and wear. The opening event for the 2014 WRC is the Rallye Monte Carlo from 14th to 19th January 2014.

Pirelli to return to World Rally Championship in 2014
Newsroom