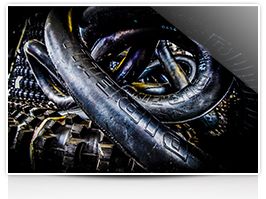 SCORPION™ MX clear protagonists across the four MXGP, MX2, EMX125 and EMX 300 classes at Sevlievo Four victories and a third position were celebrated by Pirelli SCORPION™ MX tyres from the five categories that gathered at the Grand Prix of Bulgaria for the fifth round of the FIM Motocross World Championship. The changeable mud of Sevlievo was the stage for this latest round of the FIM series. Winner in MXGP was Antonio Cairoli, who complimented his second moto victory in the rain and mud with a solid second place in the first race to seal his third Grand Prix success of the year and consolidate his lead in the MXGP championship standings. Third position behind Frenchman Gautier Paulin was consistent Yamaha Factory Racing racer Jeremy Van Horebeek who has now drawn up to second place in the MXGP points table level with Suzuki’s Clement Desalle. The latter Belgian struggled slightly in Bulgaria and classified fourth ahead of team-mate Kevin Strijbos. In the MX2 class the first four riders in the Grand Prix listing used Pirelli product and were fronted by reigning World Champion Jeffrey Herlings who raced to his first double since the Grand Prix of Thailand and beat main title rival Arnaud Tonus as well as team-mate Jordi Tixier to the top step of the podium. CLS Kawasaki’s Dylan Ferrandis was fourth. 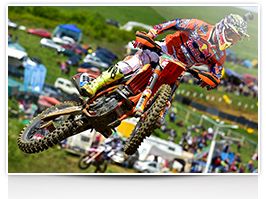 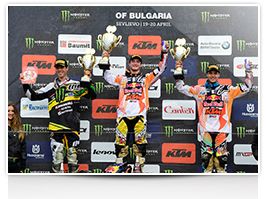 A Pirelli triumph was also toasted in the very first race of the European 300cc two-stroke championship due to Samuele Bernardini and in the European EMX125 with Dutchman Davy Pootjes earning his second success in a row. All Pirelli riders elected for the SCORPION™ MX MidSoft 32F front and MidSoft 32 rear combination for both motos providing excellent grip and stability on the rutty dry terrain as well as the slick and wet mud of the second races. The sixth Grand Prix of the year will take place in Holland and the sand of Valkenswaard on May 4th.