Third overall victory for Tim Gajser in MXGP with the same points of Romain Febvre, but the French rider is still leading in the championship. Jeffrey Herlings is always unbeatable in MX2 class. 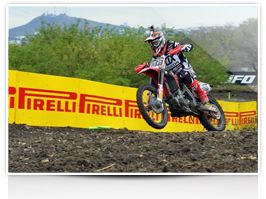 The warmth of the Mexican crowd has greeted the riders in the fifth round of the FIM Motocross World Championship that was held in Leon, Mexico. The Central American track, which hosted for the third year in a row this race, is characterized by a medium-hard bottom that, especially on Sunday, has filled with channels that have increased the difficulties for the riders. With this particular terrain Pirelli SCORPION™ MX32™ have confirmed to be the reference tyres allowing our riders to clinch the overall victory and excellent placements in both classes. Great show in MXGP class which was won by Tim Gajser. The Slovenian, who used the SCORPION™ MX32™ 120/90-19 rear and 80/100-21 front, has finished the day on the same points as Romain Febvre but was awarded with the Grand Prix victory due to the better placing in the second heat. Febvre, that unlike the winner has chosen the SCORPION™ MX32™ 110/90-19 at the rear, is still leading in the championship standings. Third place overall belongs to a strong Max Nagl and sixth to Antonio Cairoli. 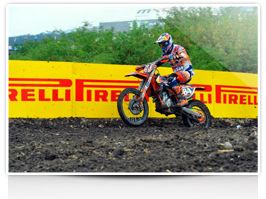