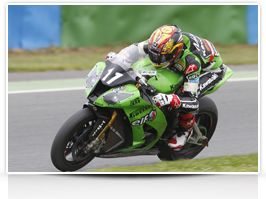 For Pirelli and Team Kawasaki SRC this is the second success in a row in this competition. Together they have one the last three motorcycle editions of the 24 hour Le Mans race in 2010, 2011 and 2012, as well as last year's edition of the Bol d’Or, taking the number of consecutive wins in the World Endurance Championship to four. The relay, in which riding was alternated between World Superbike Championship rider Loris Baz together with Gregory Leblanc and Jérémy Guarnoni, was run with the new 17 inch Pirelli Diablo Superbike tyres, the same one which are also used in the World Superbike Championship. Specifically the standard SC2 compound was used on the rear during the night when temperatures were lower and an SC1 development compound was used during the day. For the front, on the other hand, two SC1 blends were used, including the standard version. The performance of the Pirelli Diablo Superbike tyres provided long range, at the same time offering consistent performance for the riders throughout the race, which is even more extraordinary when you consider that two of the four solutions used are not prototypes, but tyres which are available for purchase on the market by riders everywhere. 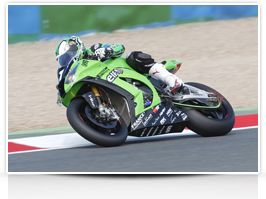 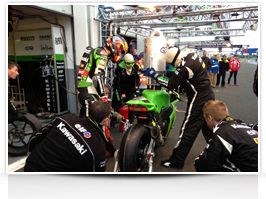 The race weekend was perfect from the beginning for Pirelli and Team Kawasaki SRC. After winning pole position on Friday, the No. 11 Kawasaki and its 'three-colour' riders yielded no ground to their rivals, immediately making it clear that they intended to be key players in the competition. Thanks in part to the consistency and excellent performance of the Pirelli Diablo Superbike, the Kawasaki riders were able to maintain a high pace and cross the finish line first with a 9 lap advantage ahead of the Monster Energy Yamaha – Yart team, fitted with Michelin tyres, and 11 laps ahead of the Suzuki Endurance Racing Team which was using Dunlops. “The Green” achieved success after 808 laps and 26 pit stops for a combined total of 35.852 minutes in the garage, so they lapped an average of 31 times on each set of tyres. The consistency and excellent work done by the Kawasaki SRC team and the Pirelli engineers allowed for impeccable management of the rider relay, contributing substantially to the victory. 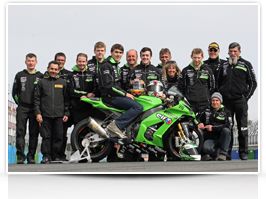 So the perfect balance between riders, motorcycle and the new Pirelli Diablo Superbike tyres proved to be an essential mix for winning the Bol d'Or for the second time in a row and Pirelli reconfirmed that its tyres, despite the increasingly heated competition of its rivals, are always at the state of the art and the ones to beat even in open tyre competitions.