Julien Da Costa, Grégory Leblanc and Olivier Four (KAWASKI - SRC) won the 24 hours of Le Mans 2011 on their Kawasaki equipped with the Pirelli Diablo Superbike Pirelli and racing team KAWASAKI-SRC with their Diablo Superbike SC equipped n°11 bike won the 34th edition of the 24 hours of Le Mans this past weekend in a fast and very spectacular race. Qualifying third on the grid, Julien Da Costa made an exceptional running start and was in first position after the first curve. It was the beginning of a memorable 24 hour fight for the victory between the Kawasaki and the Suzuki-SERT n°1 bike ridden by Delhalle, Sakai and Guittet. Sunday morning at 10:40 am, the dueling motorcycles were still lapping within the same minute but the Suzuki was forced to pit once more for a technical problem and lost one lap. This was the turning point of the race and from then on the Pirelli-shod machine remained in the lead through the checkered flag. After incredible suspense, the KAWASAKI-SRC won this historical 34th edition, taking home with them a new record for this endurance race, covering 834 laps (or 3490.29 km) in the 24-hour period. Additionally, it is the first time history that the same team has won the 24 hours of Le Mans twice in a row with the same riders and the same tyre manufacturer. Following the famous Pirelli’s slogan “We sell what we race, we race what we sell”, the Diablo Superbike SC tyres fitted by the n°11 bike during this race were the same that all customers can find through their local Pirelli representative. For more information on Pirelli’s entire range of Diablo tyres, please visit www.pirelli.com. Find us on Facebook: www.facebook.com/pirelli and follow us on Twitter: @Pirelli_Media. 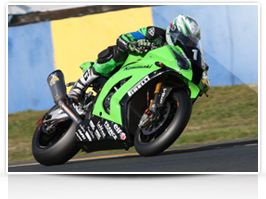 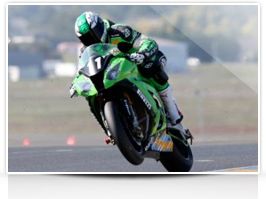