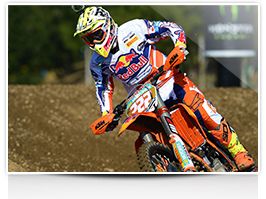 Pirelli won its 59th FIM Motocross World Championship thanks to the performances of the eighteen year old Dutchman Jeffrey Herlings who closed out the MX2 category with three rounds to run. The KTM rider guided his factory 250SX-F with Pirelli Scorpion MX MidSoft 32F front and Scorpion MX MidSoft 32 rear and confirmed his second title after winning all fourteen of seventeen rounds in the series so far. In the Czech Republic Herlings was again unstoppable and logged his twelfth double of the year ahead of other Pirelli riders Christophe Charlier, Aleksandr Tonkov, Alex Lupino and team-mate Jordi Tixier; the latter maintaining second spot in the MX2 standings. 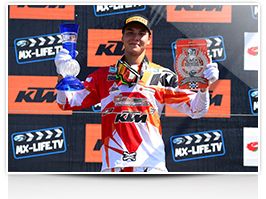 While the MX2 class followed the formbook MX1 was a little different as works Suzuki and Pirelli rider Clement Desalle celebrated his second triumph of the campaign with a resolute double run. The Belgian classified ahead of team-mate Kevin Strijbos; his countryman posting second and fourth positions and like other Pirelli representatives in the category used Scorpion MX MidSoft 32F front and Scorpion MX MidSoft 32 rear with dimensions of 120/90-19 per to offer the best chance of traction on the stony terrain that was hardly frugal with grip. MX1 points leader Antonio Cairoli could only finish fifth overall, just beaten by team-mate Ken De Dycker and unable to find a decent feeling on the track across the weekend. In the first race he stalled his bike and lost ground, recovering to take fourth while in the second moto he crashed in the opening phases trying to pass Jeremy Van Horebeek and again had to fight for positions to take seventh. Despite the events of the Grand Prix of Czech Republic, Cairoli can still count of an advantage of ninety points over Desalle and can toast a seventh title come the next round of the series at Bastogne for the Grand Prix of Belgium on August 18th. 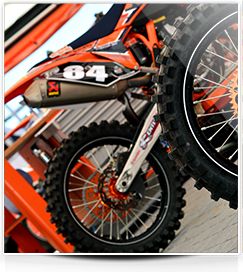 At Loket the Scorpion MX also shone in the sixth fixture of eight in the European EMX250 Championship where a fifth victory was obtained by series leader Valentin Guillod. 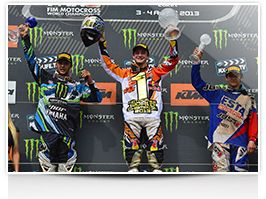