Premium tech the star of Geneva 2012 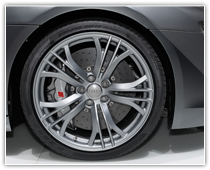 Pirelli premium products dominated the 2012 Geneva Motor Show (from 8th to 18th March 2012) where the Italian tyre manufacturer boasted the highest share of original equipment fitments on the vehicles of Prestige (53%) and Premium (23%) car manufacturers. Some of the most eagerly awaited newcomers such as the Berlinetta F12, 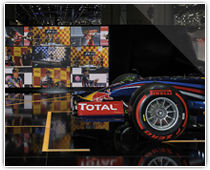 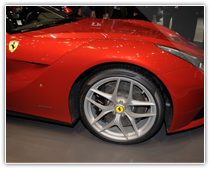 approved for other high-end sports vehicles unveiled in Geneva: Ferrari, Lamborghini, Maserati and McLaren, in addition to high-performance Audi, BMW and Mercedes models. Attention at the Pirelli booth was also focused on P Zero Silver™, the latest addition to the P Zero™ family that utilises F1™ tyre technology and prototypes and is designed for sports coupés and saloons. . . 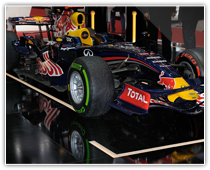 Pirelli’s strong ties with F1™ were further confirmed by the presence at its booth of a shiny racing car: nothing less than the Red Bull Racing team’s RB7, the 2011 Formula 1™ world champion. Other Pirelli premium lines were also given plenty of limelight at the Show: Cinturato™, Scorpion™ and Winter™. Pirelli’s business and marketing strategy is increasingly focused on the premium segment that records the highest rates of growth throughout the world: from mature markets such as Europe, the largest consumer of high-end tyres, to fast-growing economies.

Premium tech the star of Geneva 2012