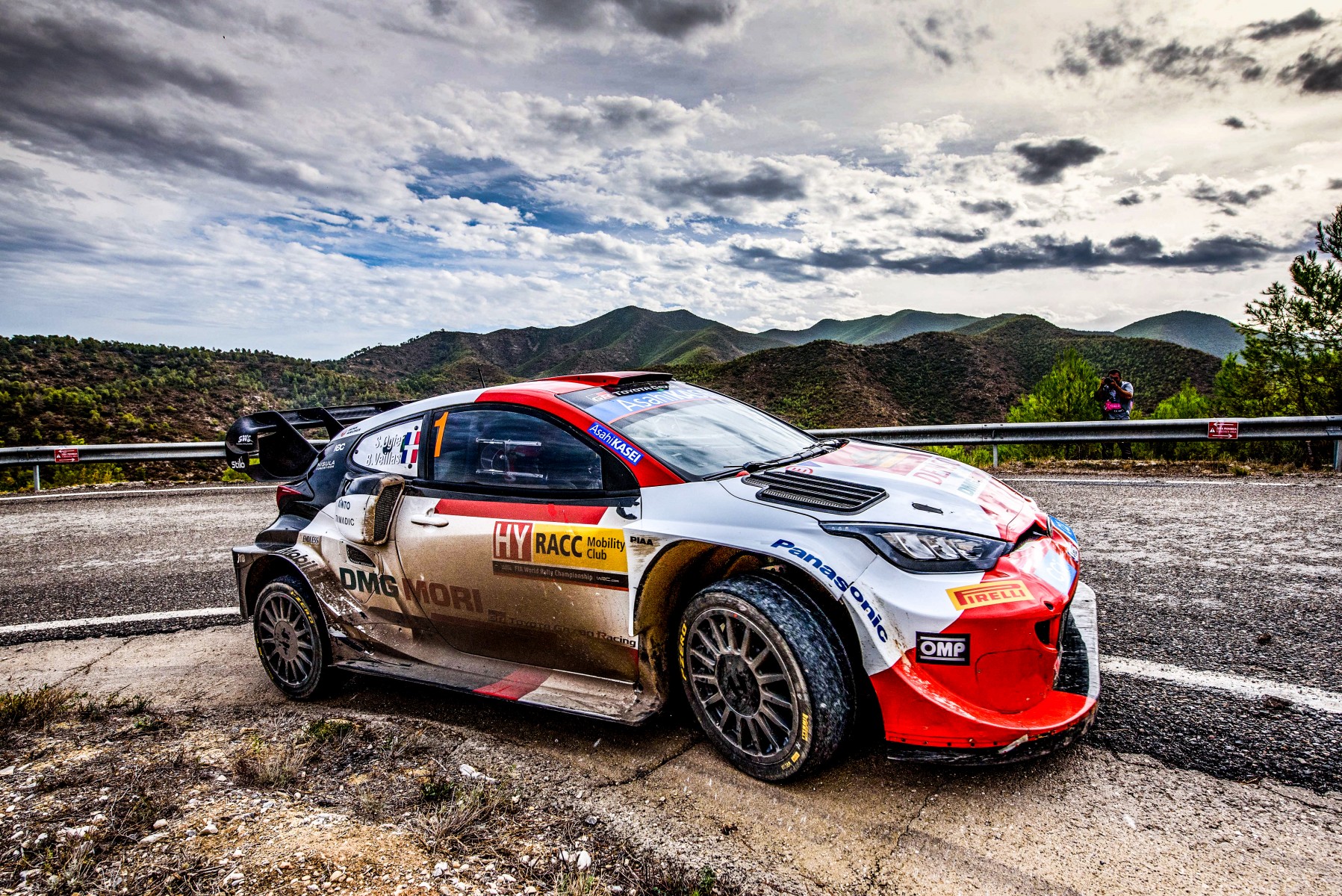 The second day of the Rally Catalunya comes to a close with two protagonists: Sebastian Ogier in a Toyota, who compared to yesterday has lengthened the gap on the second placed, Thierry Neuville in a Hyundai, and the P Zero WRC HA tyres, which were practically the only choice for both the morning and afternoon loops.

The higher average temperatures compared to the previous day and the dry road surfaces almost everywhere (traces of damp were only found on the 20.19-kilometre SS10 Querol - Les Pobles 1) imposed the choice of hard compound tyres on all the teams, with the sole exception of Jourdan Serderidis in a Ford, who opted for two softs in addition to the four hards in the morning. Also uniform was the decision to go out with just one spare, with only Serderidis, in the morning, and team-mate Pierre Loubet, in both loops, taking two in the race.

Average speeds were as high as yesterday on both the first and second passes. The day's record was set by Dani Sordo in a Hyundai in the 24.18km SS14 El Montmell 2, won at an average speed of 119.9km/h.

PIRELLI QUOTE
Terenzio Testoni, rally activity manager: "The sun that shone all day today gave us back the Rally Spain as we know it: quite warm temperatures, dry roads and lots of dirt after each pass. Today the grip was better than yesterday and the tyres worked at their best. Wear was also higher than on Friday, although in line with what can be expected in Catalonia. The prevalent use of a single spare even for such demanding tests confirms that the teams now know perfectly how the asphalt tyres work as well as their optimum pressures.  We can also expect good weather tomorrow, which is good news for the drivers and the spectators, who, as is traditional in Spain, are numerous and enthusiastic".