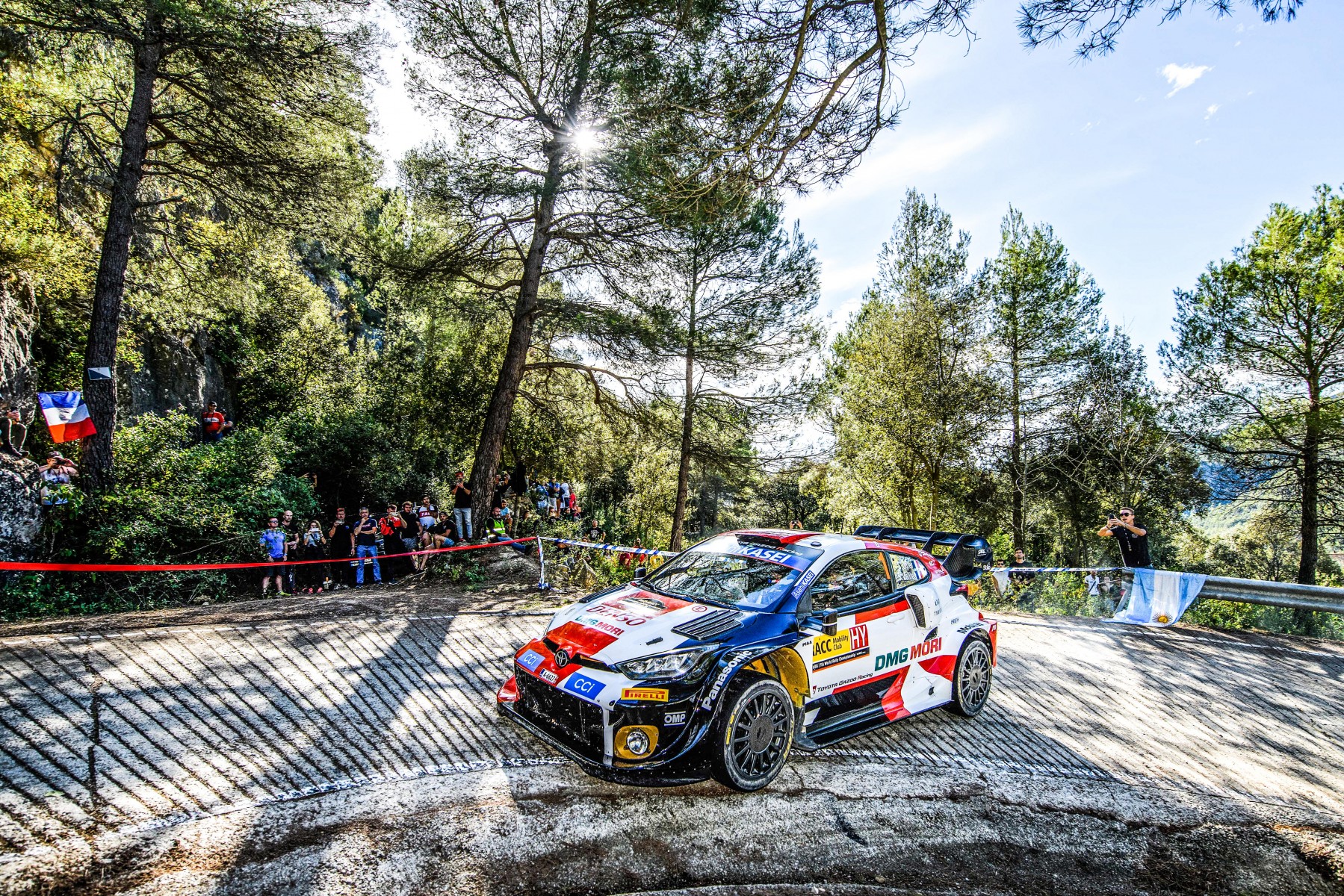 With Sebastian Ogier's victory and Kalle Rovanpera's third place, the Japanese team closes the championship with one race to spare

After Friday's mixed tyre strategy, hard compound tyres were the predominant choice on Saturday and Sunday

Testoni: "With one race to go, positive balance for us. Happy to reward the champion team"

The 2022 World Rally Championship, after having found in New Zealand the drivers' champion with Kalle Rovanpera, awards in Catalonia the manufacturers’ title, which for the second consecutive year goes to Toyota. The Japanese team was honoured by Terenzio Testoni, Pirelli's Rally Activity Manager, in the person of Team Project Yuichiro Haruna.  On the top step of the Spanish race went 2021 champion Sebastian Ogier (Toyota) in his first win of the season, achieved by dominating the rally from the first special stages and getting the most out of his P Zero tyres, including on the power stage.

THE CHALLENGE
With the exception of Friday, which was characterised by capricious weather, the race did not reserve any particular surprises, presenting the typical slippery, abrasive Catalan surfaces, gradually getting dirtier due to the numerous cuts, and with some hidden pitfalls. These included the drainage ditch in the final part of the Riudecanyes (SS 17 and 19), which on the first pass damaged the front left tyres of Craig Breen (Ford), Kalle Rovanpera (third overall) and Elfyn Evans, both on Toyota. Fairly high wear on the hard tyres (the prime choice for this race), although totally in line with expectations.

THE CHOICE OF TYRES
The tyre strategy followed the weather conditions and saw a mixed hard-soft choice on Friday, with the latter prevailing in the morning and the former in the afternoon, while for the rest of the weekend the P Zero WRC HA were practically the only choice for all the teams. The soft tyres only made their reappearance in the final loop in the cars of Takamoto Katsuta, Evans and Greensmith, as well as Jourdan Serderidis, the only one who hardly gave them up throughout the rally.  Despite the wet roads on Friday morning, there was no room for the Cinturato Wet, also available to the teams. Also fairly uniform was the choice of the number of spares by all the drivers, who in particular on Saturday generally preferred to go out with five tyres.

PIRELLI QUOTE
Terenzio Testoni, rally activity manager: "With one race to go before the end of the season it is almost time for us to take stock, and at the moment I can say that the result is largely positive for our entire range of tyres, both asphalt and gravel, which has been a reliable companion for all the drivers in a season full of very challenging and hard-fought races. The teams and all the drivers, even those not always present like Ogier who I congratulate on his victory today, are now familiar with our solutions, as well as having full confidence in our technicians. Although my congratulations go to all the contenders for this splendid championship, it was a pleasure for me to reward the winning team in a season full of satisfaction for them.