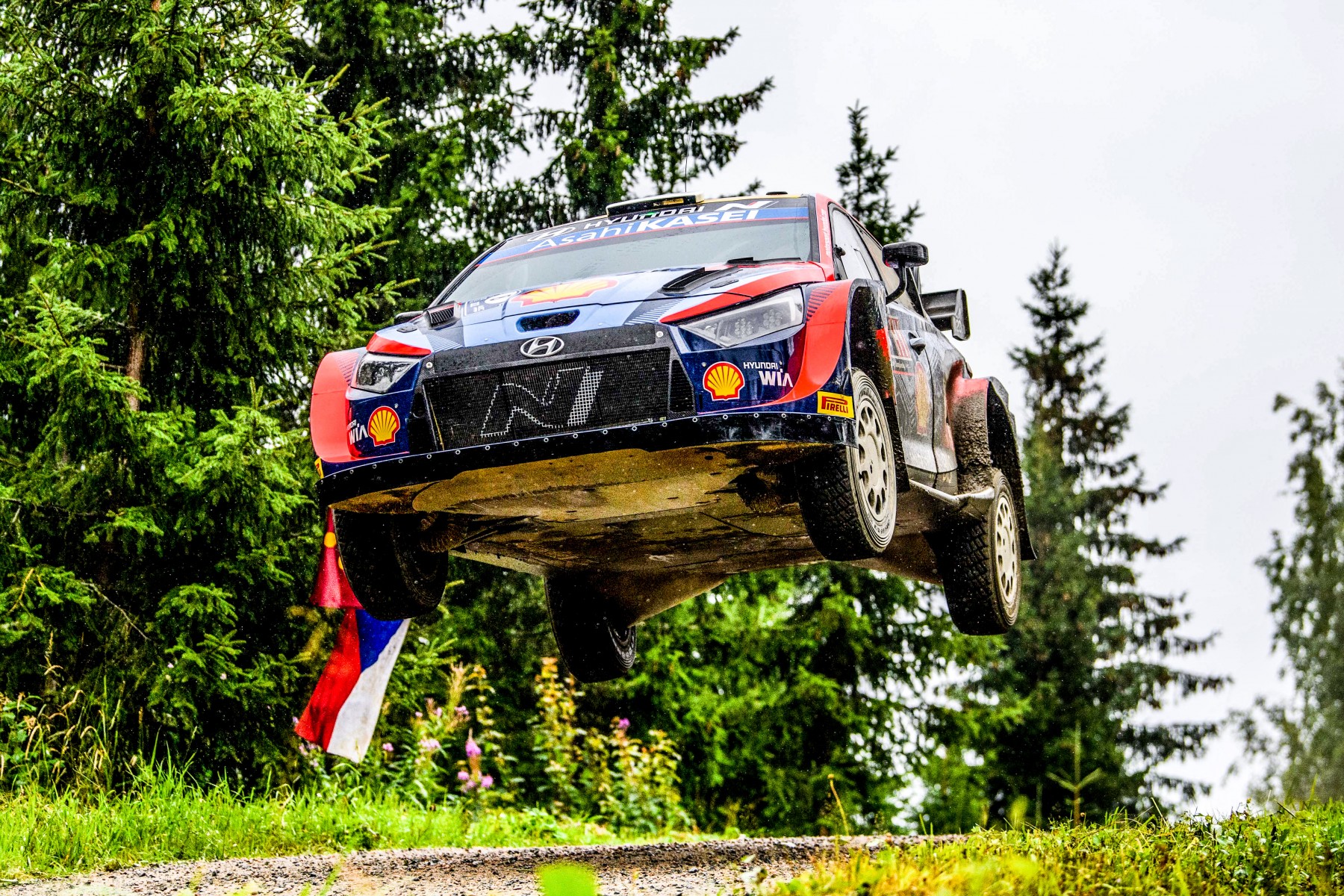 Saturday's Rally Finland day was two-sided, but with one common thread. While the morning was rainy, with slippery surfaces and poor grip, the afternoon was generally dry, with uneven ground, the presence of bedrocks and improved grip, as shown by the much better times on the second passes. Joining the two sections was the pursuit of leader Ott Tänak (Hyundai) and Esapekka Lappi (Toyota) by Kalle Rovanperä (Toyota), who in the afternoon section played the card of a mix of four soft and one hard tyre, in contrast to all the other teams.

The move was only half successful for the Finn, who managed to overtake his compatriot and team-mate Lappi in SS 16 Rapsula 2, moving up to second place, but not to catch Tänak, who maintained a gap of 8.4 seconds at the end of the day, compared to 21 in yesterday's last stage. In SS 17 Patajoki 2 the young Finn and the Estonian finished first ex aequo, also recording the fastest average speed of the day at 128.5 kilometres per hour, the same average speed achieved in SS16 by Rovanperä alone.

PIRELLI QUOTE
Terenzio Testoni, rally activity manager: "As expected the rain made the race different from what we saw yesterday and made the second passages even more challenging and treacherous. Kalle once again showed that he was able to get the most out of the soft tyres in the most difficult conditions, but Ott was able to hold his own absolutely brilliantly. Rovanperä's choice of the hard spare for the sixth section was a move out of the chorus, but not a risky one considering the state of the roads in the afternoon and the operating temperatures, which are very similar and borderline between soft and hard. The race remains wide open and it will be down to whoever can best cope with the mixed surfaces and jumps of the two final courses, which also share a good general level of grip”.

There is also a battle in WRC2, where Finland's Emil Lindholm in the Škoda Fabia Rally2 evo is chasing fellow countryman Teemu Suninen in the Hyundai i20 N Rally2, who has maintained a 10.7-second lead (it was 19.4 at the end of the day yesterday).

Below is an overview of the final day of Rally Finland.