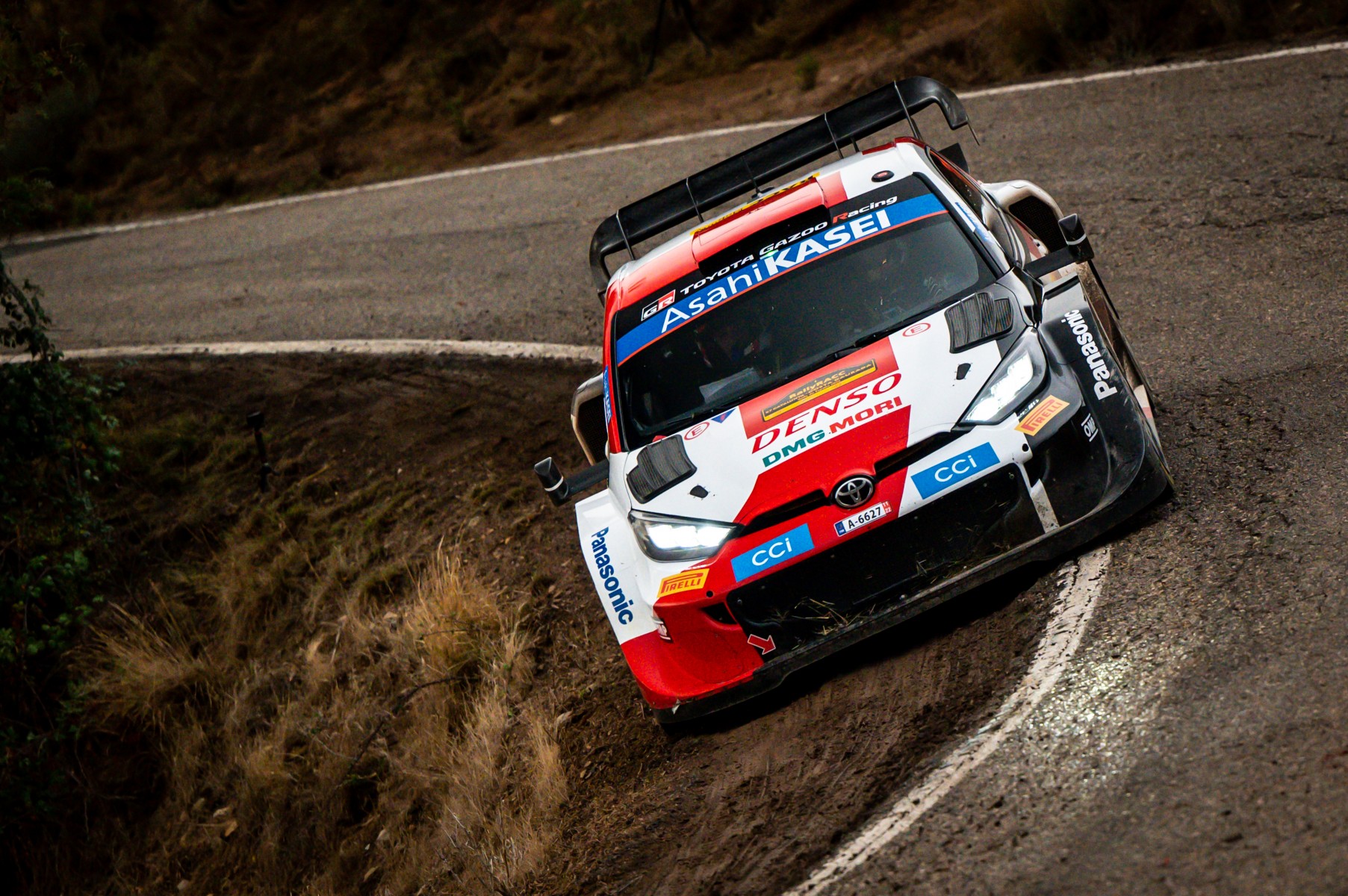 Inconsistent weather and a varied choice of tyres marked the first day of the Rallye Catalunya, which, however, largely lived up to the eve's forecasts with slippery road surfaces, especially in the morning, becoming increasingly dirty after the first few passes.

The decision to start with two hard and four softs in the morning and to reverse the tyre set-up in the afternoon rewarded the Toyota team. With newly-crowned champion Kalle Rovanpera and defending champion Sebastian Ogier (first at the end of the day), the Japanese team won seven of the day's eight special stages against one for Huyndai (Thierry Neuville), who chose three hard and three soft in the first loop to cope with the cold (up to 11 degrees) and damp asphalt of the early hours. In the afternoon, it was Ford that differed, betting on a drier surface, going for the hard and a single spare.

Average speeds were also according to expectations, which were quite strong with Ogier setting the day's record in the 11.05-kilometre SS5 Els Omells - Maldà 2, won at an average of 128.8km/h.

PIRELLI QUOTE
Terenzio Testoni, rally activity manager: "It was a very hard-fought day, the first half of which ended with the top four drivers within just six seconds of each other.  In the afternoon the grip conditions generally improved compared to the morning and with them the times, despite some damp sections, which recommended a mixed tyre choice. Both hard and soft tyres ensured reliability on dirty surfaces, with many cuts and generally slippery. Tomorrow the forecast is for drier weather and higher average temperatures than today, which will especially call for the hard compound PZero".