RALLY OF GREECE, HARD TYRES THE ONLY CERTAINTY OF A RACE FULL OF TWISTS AND TURNS 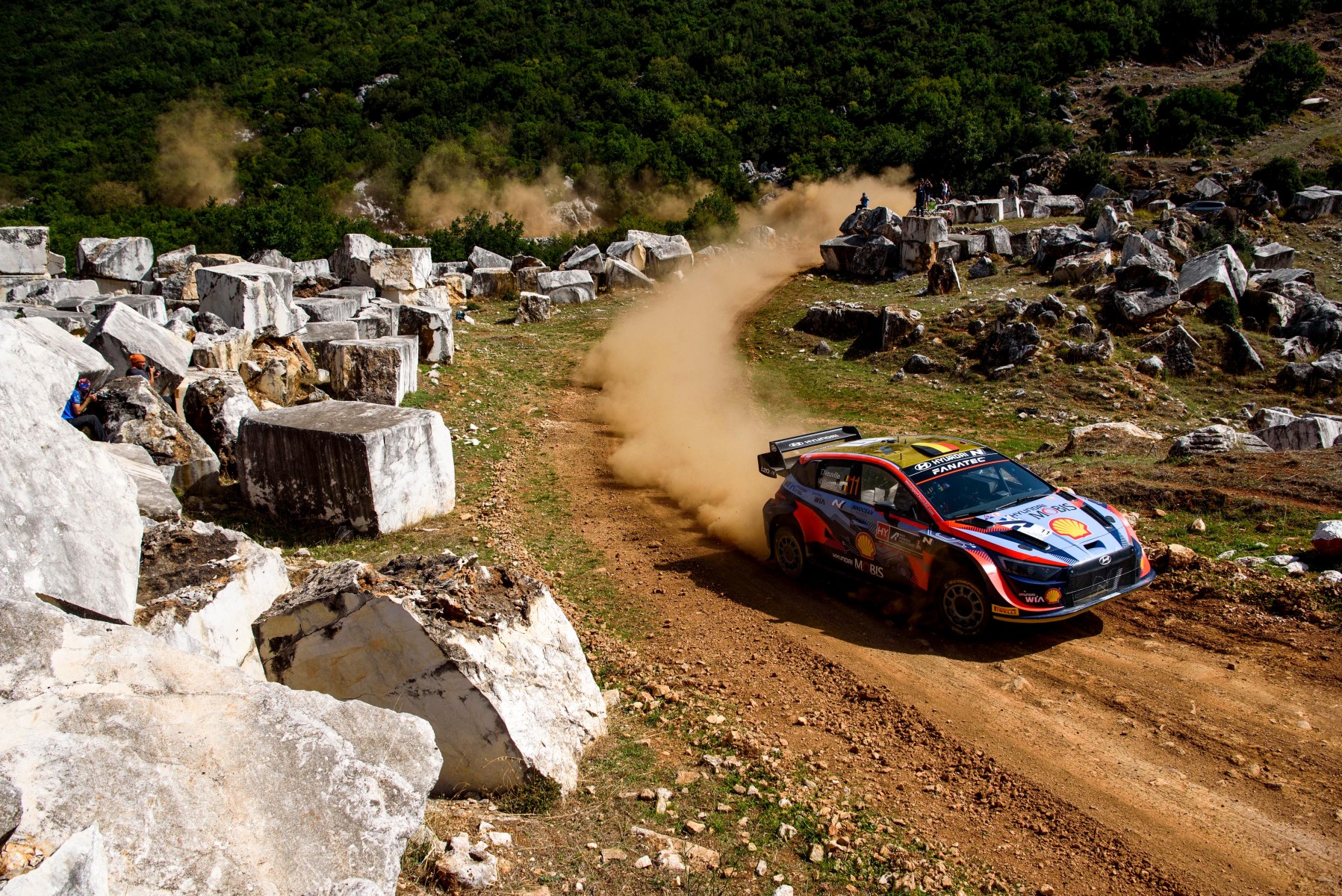 Sweltering heat, mechanical failures, damage to the outer parts of the cars, and flips at the top of the standings.  If the first day of the Rally of Greece had been eventful and spectacular, the second and longest of the entire race was no less so. At the end of the six special stages, Hyundai finished in the lead with three drivers in the top three places: Thierry Neuville, Ott Tanak and Dani Sordo.

Varied were the morning tyre choices with Esapekka Lappi, Tanak, and Sebastian Loeb coming out with 5 hard, while everyone else, with the exception of Neuville, chose 4 hard and 2 soft in search of the balance between grip and endurance on the first passes. More uniform were the choices in the afternoon with all drivers, except Jourdan Serderidis and Craig Breen (2 soft), going all out on the toughness of the Scorpion Hard to better cope with the boulders and rocks, which became even more treacherous after the first pass cleanup. Consequently, low average speeds, both in the morning and in the afternoon, with a slight improvement in times in the second part of the day with the cleaner though rougher tracks.

PIRELLI QUOTE
Terenzio Testoni, rally activity manager: "Today's race conditions were very hard, both for the cars and for the tyres and the drivers themselves, who had to struggle with the heat and the stones scattered on the track. The latter represented the real danger of the day, particularly in the afternoon: if there had been any punctures, it would not have been a surprise, but neither am I surprised that there weren't any, given the technological solutions of the Scorpion Hard, designed to be robust and reliable. Today the roads were littered with stones that tested not only the wear resistance but also the robustness of the carcass. After the excellent tests of the softs, which were practically the only choice of the drivers from Kenya to Finland, the performance of the hard tyres in Greece is confirming the validity of our range for gravel rallies, which is well balanced to cope with all the racing conditions that arise during the season. Tomorrow is the shortest loop of the Rally, but there is no shortage of pitfalls with twisty and at times very technical tracks with varied surfaces."

Below is an overview of the final day of the Rally of Greece.

RALLY OF GREECE, HARD TYRES THE ONLY CERTAINTY OF A RACE FULL OF TWISTS AND TURNS
Newsroom