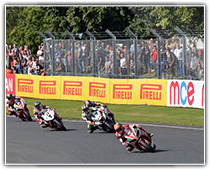 Pirelli has been confirmed as the Presenting Sponsor and Sole Tyre Supplier for the MCE British Superbike Championship for the next five years. The partnership between the tyre company and the World’s most successful domestic motorcycle racing series, which started in 2008, confirms the role of Pirelli as the most important tyre supplier for international and local motorsport championships. This agreement therefore confirms Pirelli in its current role of Sole Tyre Supplier until the end of the 2020 season. Pirelli won a competitive five-year supply tender organised by MSVR (MotorSport Vision Racing) for this prestigious motorsport series, after proving to offer high-performing, consistent tyres alongside logistical expertise over the last eight seasons. The agreement covers the Superbike, Supersport, Superstock 1000 and 600 classes, plus one marque races (such as the Ducati TriOptions Cup). 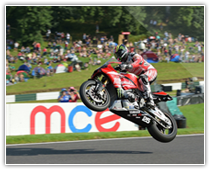 The series organisers MSVR look to retain the consistency and fairness that this control supply relationship has given, with any changes to tyre specification taken in consultation with teams, well in advance of implementation. The agreement also continues the link between World and British Superbikes, with the International series introducing a ground-breaking agreement with Pirelli for single tyre supply back in 2004. The success and stability of that relationship was a major factor in convincing MSVR to undertake a single tyre supply system in BSB in 2008.