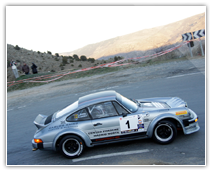 Two-time World Rally Champion Carlos Sainz, at the wheel of a Porsche 911 fitted with Pirelli tyres, climbed on to the top step of the podium at the Rally de España Histórico, the racing debut for our new P7™ Corsa Classic rally tyre. Also fitted with the same tyres, the Lancia 037 of Italian driver Massimo Pedretti was third. The last time that Sainz won a rally with Pirelli was the Rally Argentina back in 2002 at the wheel of a Ford Focus RS WRC. The Spanish driver won 18 world championship rallies with Pirelli between 1990 and 2002. He won the drivers’ title twice (in 1990 and 1992), both times on Pirelli tyres. . 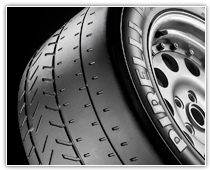 «I really enjoyed this event and driving on the new Pirelli tyres. - Carlos Sainz advised - It was no problem at all for us to adapt to them and we were competitive all the time, even though I did not have the chance to test the car much before the rally». P7™ Corsa Classic is designed for use on asphalt surfaces by historic rally cars and is also homologated for road use. The new environmentally-friendly P7™ Corsa Classic delivers a captivating driving experience in complete safety.