Two-time World Rally Champion Carlos Sainz, who claimed both of his titles on Pirelli tyres, has led home an all-Pirelli podium on the Rally de Espana Historico: the debut for the new P7 Corsa Classic rally tyre. The new tyre combines classic design with modern technology, providing legendary performance with the latest environmental and safety standards. The tyre is available in one pattern and three different compounds to suit dry, wet and mixed conditions, in the same sizes that were made originally. Sainz, co-driven by his title-winning co-driver Luis Moya, was at the wheel of a Porsche 911 for the first time on the Rallye de Espana Historico. He beat another Porsche, of local man Jesus Ferreiro, by 46 seconds while the Lancia 037 of Italian driver Massimo Pedretti was third. All the drivers used the medium version of the P7 Corsa Classic, called the D5. This was the very first time that the Lancia 037 had appeared on a historic rally in its original 16-inch tyre size, and the new tyre proved to be instantly competitive. Pedretti’s podium allowed him to take the lead of the FIA European Historic Rally Championship. Sainz, who won eight stages, said: “I really enjoyed this event and driving on the new Pirelli tyres. It was no problem at all for us to adapt to them and we were competitive all the time, even though I did not have the chance to test the car much before the rally and I also had a problem with the car going onto five cylinders at one point. These tyres were very easy to drive, and of course it’s great to have another victory. I saw lots of familiar faces from my time with Pirelli in the past, of which I have lots of happy memories.”

Conditions were dry throughout the 10-stage event, taking in 162 competitive kilometres around Avila, close to Madrid. The asphalt throughout the first leg, which took place at night, was extremely abrasive while the second leg was faster and more flowing with warm temperatures. Despite this huge variation in weather and surface conditions, the new P7 Corsa Classic proved to be fast and consistent under all circumstances. Pirelli’s product manager Terenzio Testoni commented: “It has been a fantastic debut for our new tyre, which performed faultlessly over what turned out to be a very demanding rally. As well as delivering pure performance, it was entirely reliable, handling power outputs of more than 300 horsepower with ease even on very abrasive surfaces. One of the most impressive features of the P7 Corsa Classic is its versatility, which means that it is equally at ease on a rear-engined Porsche 911, a mid-engined Lancia 037, or a front-engined Fiat 131. Our objective was also to make historic cars, which have huge power but no electronic aids, more manageable to drive, improving safety. The results of our expertise in rallying, including the most recent knowledge we gained as exclusive tyre supplier to the WRC from 2008-2010, are reflected in the strengths of our new tyre for historic rally cars, which is fully homologated for road use and meets the latest environmental standards.” The P7 Corsa Classic takes its name from the classic range of rally tyres introduced by Pirelli in the 1970s. As the very first low-profile tyre seen on the World Rally Championship, the P7 broke new ground and soon become an industry standard. The design of the tyre meant that it presented a greater contact patch to the ground, and offered much improved high-speed stability, as well as greater resistance to cuts, wear and punctures. For more information, please contact Anthony Peacock on +44 (0)7765 896 930 or anthony@mediatica.co.uk 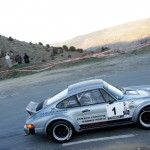 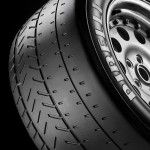