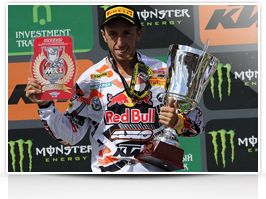 The Pirelli Scorpion MX continues to lead the field in the FIM Motocross World Championship and after this sixth round of sixteen holds the first five positions in the MX2 category and the top four in MX1. Due to the hard-pack terrain – in certain sections rough and rutted and in others slick and slippery - at St Jean D’Angely for this Grand Prix of France, most Pirelli riders opted for the performance offered by the MidSoft 32 and the relatively new MidHard 554; the latter model enjoying maiden success thanks to Antonio Cairoli. The works KTM, booted with MidHard 554 front and MidSoft 32 rear, helped the Sicilian to a comprehensive double moto haul and a lead of 39 points in the standings over Christophe Pourcel. The Frenchman took to the second step of the podium at his home event after posting 2nd and 3rd positions in the two motos, beating Gautier Paulin in the process and another Pirelli rider and title contender Clement Desalle. In MX2 the riders chose Scorpion MX MidSoft 32 and series leader Jeffrey Herlings buried memories of his bad day in Brazil two weeks ago by winning the overall from Tommy Searle and KTM team-mate Jeremy Van Horebeek; the latter struggling with an injured left foot after an accident in warm-up. Bad luck for works Yamaha rider Christophe Charlier, who suffered a shoulder dislocation after a crash in the second moto. Round seven will take place on June 10th at Agueda for the Grand Prix of Portugal. 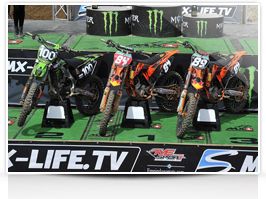 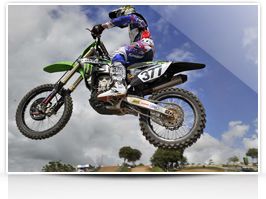 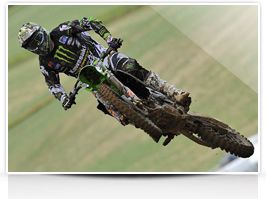 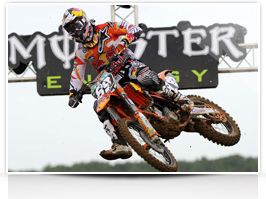