Soft and supersoft tyres in Monaco for Formula 2

The aspiring young drivers in the FIA Formula 2 Championship get the chance to race on the famed streets of Monaco this weekend for round four of the 2018 season: probably the event that they are most looking forward to.

• Monaco is the slowest circuit on the calendar, so mechanical grip from the tyres is more important for cornering speeds than the aerodynamics of the cars. Wear and degradation are low however.

• Particularly in Monaco, there is considerable track evolution over the course of the event as more rubber is laid down on the public roads during each session, increasing the grip available.

• The nature of the track in Monaco means that safety cars are always likely during the races. Races can be won and lost based on strategy, and the timing of pit-stops in particular, in these moments.

• For Monaco, Pirelli supplies the P Zero Yellow soft tyres and the P Zero Red supersoft tyres: the two softest tyres in the Formula 2 range. This is the first time this particular combination has been nominated in 2018.

• Each driver has five sets of slick tyres to use over the weekend: three soft and two supersoft. They also have three sets of wet-weather tyres. During race one, where there is a mandatory pit stop, both compounds have to be used unless it is declared a wet race. Pit stops are optional in race two.

• Qualifying is split into two sessions for Formula 2 in Monaco, in order to reduce the problem of traffic around the tight and narrow circuit.

On his home streets, Charles Leclerc claimed pole position, but Oliver Rowland claimed the feature race win after jumping to the head of the field by pitting under safety car. The top four finishers started on the soft before moving to the supersoft, with Luca Ghiotto in fifth the best finisher on the alternate strategy. Nyck de Vries won the sprint race on the soft tyres.

Mario Isola, Pirelli head of car racing: “Monaco holds a unique place on the calendar and so there are some unique traditions: qualifying on a Thursday, and the session split into two parts. This underlines the importance of qualifying, because overtaking is so tricky. As a result, it will be more important than ever for the drivers to work out how to get the very most of the tyres during the limited time available for free practice. With a relatively high incidence of safety cars, those starting further down the grid could think about using an alternative strategy to take advantage of any race incidents by doing something different to the frontrunners.” 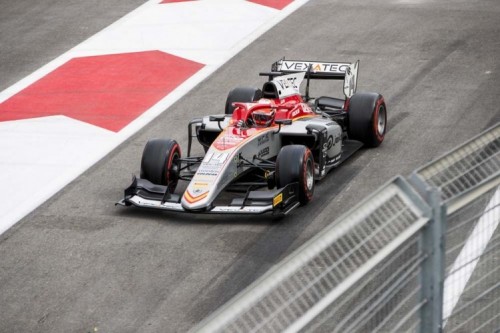 Soft and supersoft tyres in Monaco for Formula 2
Newsroom