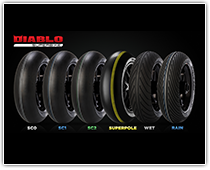 The eni FIM Superbike World Championship kicked off the weekend of Febryary 20th-22nd in Phillip Island, Australia.  After the first racing round, the podium was occupied by riders from three different teams, underlining the fact that Pirelli’s constant development work points in the right direction.  Pirelli DIABLO™ Superbike and DIABLO™ Supercorsa delivered excellent performance also on the new Thai Buriram circuit, during the second seasonal event of the Championship, in front of over 84,000 spectators. Using tyres currently on the market, Jonathan Rea on Kawasaki took home a Superbike double, winning also both Pirelli Best Laps. Pirelli is Sole Tyre Supplier to all classes of the eni FIM Superbike World Championship since 2004 and will continue its role until 2018, as stated in agreement renewed last September with Dorna, promoter of the Championship.  Pirelli has been present in the Championship right from its start at the end of the 1980s and sole tyre supplier for 12 consecutive years. The season 2015 marks in fact the company’s record as longest running and most successful tyre supplier in the history of motorsports at international level. Unlike other championships in which prototype tyres are used, Pirelli’s philosophy has been from the very beginning to design, with the help of the riders, racing products that could be used by all motorcyclists. Hence the now famous motto “We sell what we race, we race what we sell” and the birth of the DIABLO™ range with historic tyres such as the DIABLO™ Superbike, used in the premier class, and the DIABLO™ Supercorsa SC, used in Supersport, Superstock 1000, Superstock 600 and European Junior Cup, all tyres which have been for years the undisputed market leaders. https://www.youtube.com/watch?v=V1SDSPfx2rE