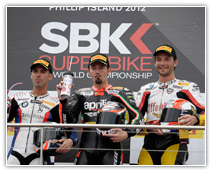 Max Biaggi and the Aprilia Racing Team dominated race one in the opening round of the World Superbike Championship at Phillip Island (Australia) in front of 64,500 spectators. Being held on this circuit for the 22nd time, the event got the WSBK Championship underway as it celebrates its 25th anniversary. The much-awaited duel between the rider from Rome and defending champion Carlos Checa of the Althea Racing Ducati team lasted less than seven laps when the Spaniard lost control and had a bad crash but was fortunately unhurt. «This has been my finest race ever - advised Max Biaggi - I am extremely happy because I’ve won on this track 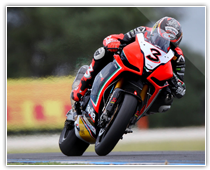 in Superbike for the first time with a brand new team of mechanics. We hit it off very quickly through hard work and this success is a handsome reward». Following this thrilling start, the World Superbike Championship returns to Europe for the next round to be held in Imola on 1st April. The Supersport World Championship witnessed a winning return for the Turk Kenan Sofuoglu. The Kawasaki DeltaFin Lorenzini rider stepped on to the winner’s rostrum for the first time since Brno (Czech Republic) in 2010. As Giorgio Barbier, Racing Director of Pirelli Moto, is quick to point out «The Phillip Island circuit is always very hard on the tyres that are subjected to heavy, ongoing thermomechanical fatigue, especially on the left side in view of the shape of the circuit». 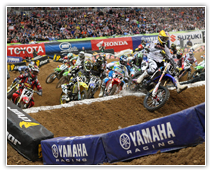 In the meantime, the success of Pirelli tyres also continues in the Monster Energy AMA Supercross Series with riders James “Bubba” Stewart and Davi Millsaps of the JGRMX/Toyota/Yamaha team.