TESTONI, SATISFACTORY 2022 SEASON FOR PIRELLI WE ARE ALREADY WORKING ON THE NEXT CHAMPIONSHIP 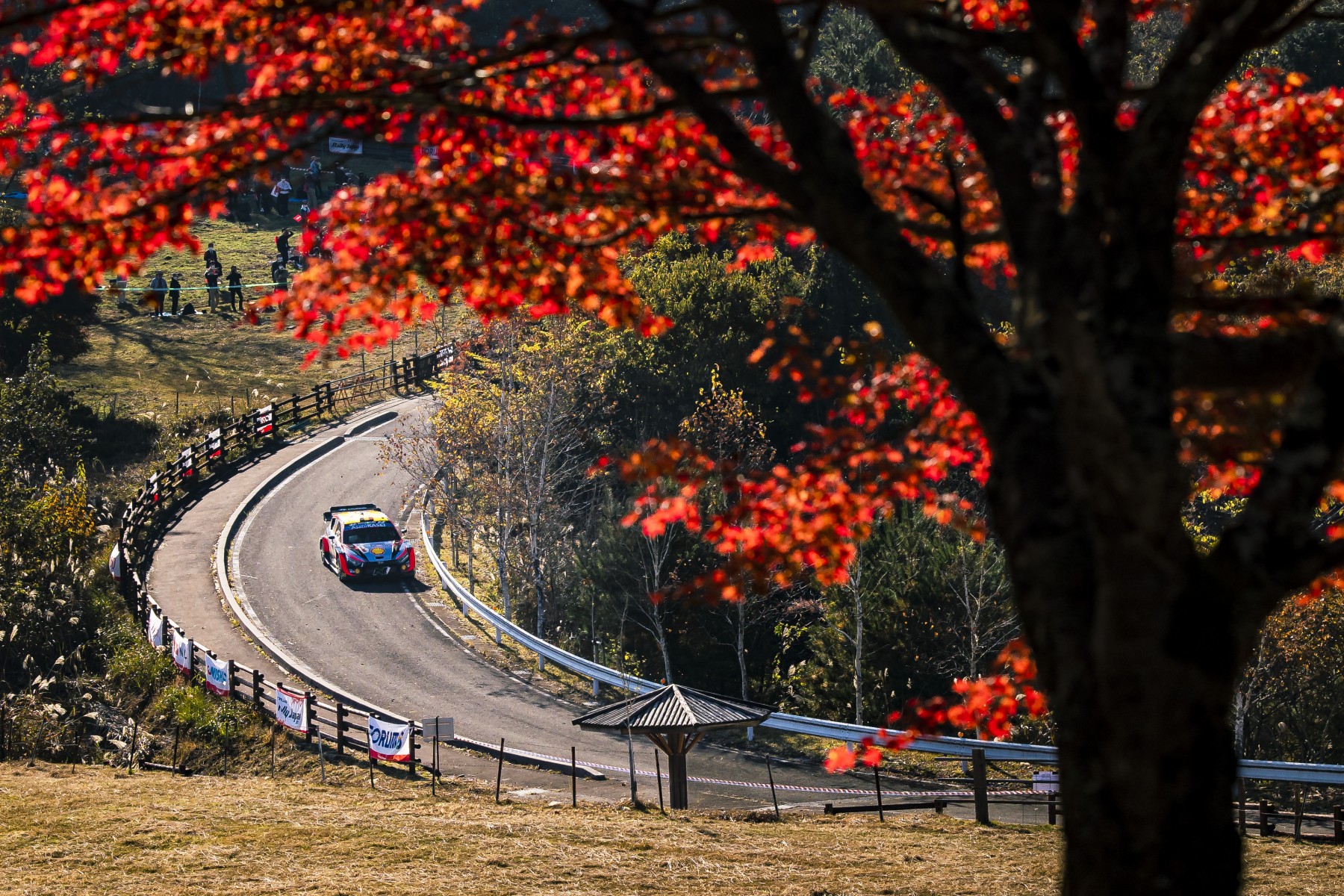 Championship ends in rain on final day of Rally Japan, won by Neuville

The curtain falls on the 2022 WRC World Championship, which closes with Thierry Neuville's victory in the Rally Japan, marked by many stage cancellations on Friday and Saturday and rain from mid-morning on Sunday. With the drivers' and constructors' titles in WRC1 having already been awarded in the previous rounds, the only decision still to be made concerned WRC2, in which the title went to Finland's Emil Lindholm in a Skoda Fabia

THE CHALLENGE
During the weekend, drivers and tyres were put to the test by the generally slippery asphalts and poor grip, which was further reduced by the accumulation, passage after passage, of dirt, leaves and stones, which also increased the risk of tyre damage. On Friday things were complicated by the particularly narrow and twisty tracks that imposed numerous cuts on the drivers, while Sunday was characterised by lower temperatures and the appearance of rain. Given the conditions, tyre wear was very low throughout the weekend and in line with this type of race.

THE CHOICE OF TYRES
On Friday and Saturday, the tyre strategy was unequivocal and practically obligatory for all the WRC1 teams, in all sections of the race: five P Zero Hard tyres, which were the prime in this race. The only exception on the first two days was Thierry Neuville in a Hyundai who raced on four hard tyres on Saturday afternoon, keeping a soft in the boot ready to tackle the mixed asphalt-gravel surface of the final special stage. The expectation of rain made a big difference to the drivers' choices on Sunday morning. While the two Hyundai crews, Neuville and Ott Tanak, prudently preferred to bring two of each type of tyre (P Zero Hard, P Zero Soft and Cinturato wet) to the race, the Toyota crews renounced wet tyres with the sole exception of Takamoto Katsuta who brought one to the race. The two Ford drivers made an opposite choice between them: four soft and two wet in the case of Gus Greensmith and exactly the opposite in the case of Craig Breen, who came out on top in the last two stages run in the rain.

PIRELLI QUOTE
Terenzio Testoni, rally activity manager: "This Japan Rally, which was unusual in terms of the high temperatures and generally dry conditions, perfectly sums up Pirelli's season, in which both gravel and asphalt tyres have consistently ensured reliability, impact resistance, low wear and performance. This is why I can safely say that it has been a very satisfying year for us during which, although the challenge of the new hybrid cars has been fully met, we have continued to develop new solutions, building on what we have learned race after race. Now it is already time to focus on the next season, for which we are fine-tuning an evolution of the asphalt and gravel ranges. I would like to congratulate Emil, another young driver whose career we are following and supporting carefully, as we always do with new talents".

Below is a graphic summary of the Japan Rally.

TESTONI, SATISFACTORY 2022 SEASON FOR PIRELLI WE ARE ALREADY WORKING ON THE NEXT CHAMPIONSHIP
Newsroom