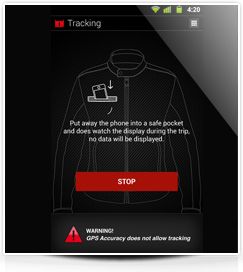 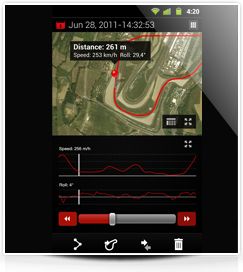 The Pirelli Diablo Super Biker app is now also available for smartphones that run on the Android operating system. Launched in August for iPhone, in spite of its short history this free app already boasts an award received at SMAU 2011 for the "Utilities Tools and Productivity" category of the Mob App Awards. As of today more than 50,000 bikers have downloaded it. 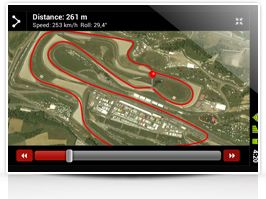 Conceived by Pirelli, Diablo Super Biker is the application for two wheel enthusiasts who want to measure their performance in real time, whether on the track or the street. With the app, now also downloadable from Google Play Store for Android, riders can keep track of the distance they've travelled on their bikes, the lean angle in turns and lap times. All they have to do is set the smartphone to street or track mode and start riding: the application records the information in motion. Using Google Maps, the rider's performance is also "photographed" in specific situations and the route is followed on the map. You can see the routes travelled at any time, compare the results obtained and share them on Facebook® directly from the app. The app is available in 7 languages (English, French, German, Italian, Japanese, Portuguese and Spanish) and it is compatible with any iPad, iPod Touch and iPhone (iPhone 4 for lean angle measurement) with operating system updated to at least version 4.2 and now with Android OS based devices. As further proof of Pirelli's commitment to the digital and social era, on Facebook® the company launched the official Pirelli Moto page at the beginning of the year which already has more than 40,000 followers. As of a few days ago, visitors to the Pirelli Moto page can also see the new timeline which uses photographs and anecdotes to trace the more than 100 years of history enjoyed by the Italian brand that was established in Milan in 1872.