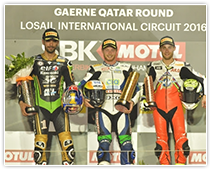 The 2016 MOTUL FIM World Superbike Championship season ended in Qatar, the thirteenth with Pirelli as Official Sole tyre Supplier for all the categories. The dominating manufacturer was undoubtedly Kawasaki: the Akashi-based manufacturer, in fact, won both the Manufacturer Title in WorldSBK and in WorldSSP, thanks in part to the victories that riders Jonathan Rea (Kawasaki Racing Team) and Kenan Sofuoglu (Kawasaki Puccetti Racing) brought home during the season. Ducati riders Chaz Davies and Kyle Smith are, respectively in the WorldSBK and WorldSSP categories, the final winners of the Pirelli Best Lap Award 2016, the award given to the riders who have achieved the  fastest lap of the race most times during the year. It is time for Pirelli to draw up the totals, finishing out the thirteenth consecutive season as Official Sole Tyre Supplier for all the categories in the FIM World Superbike Championship. This is an absolute record in the two and four wheel motorsports world which will increase even further as Pirelli's supplier contract is valid through to the 2018 season. During 2016, Pirelli's development operations were focused mainly on improving the SC1 compound standard 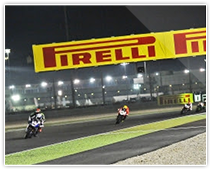 solution, in other words, the softest front tyre. The objective was achieved with the introduction of the new U0176 solution available from the Assen round. This solution managed to guarantee the grip that the SC1 had historically provided, with the addition of characteristics such as stability and protection against cold tearing that had historically been characteristics of the standard SC2 tyre. Now, as had already been done in the past for the rear, the front DIABLO™ Superbike range has achieved optimum performance with all of the available compounds and it is definitely a point of reference in the market.