The two-wheel competition for the 2015 racing season Again this year Pirelli will supply, both as Official Sole Supplier and in open tyre competition, some of the most important motorcycle events on national and international level. The Italian tyre company will be again sole tyre supplier for all the classes of the Superbike World Championship. The supply agreement signed in 2004 has in fact been renewed until 2018, and Pirelli can boast the record of the longest sole tyre supply in the history of international motorsports. Moreover, Pirelli continues its commitment in the FIM Motocross World Championship, in which it can already boast 62 world titles, as well as in the FIM Endurance World Championship, which includes this year 4 racing rounds. The Italian company is also the official sponsor for 2014-2016 of the Monster Energy AMA Supercross Championship, an FIM World Championship, as well as the official tyre supplier for the riders Chad Reed, Andrew Short, Justin Barcia, Joshua Grant, Weston Peick, Brett Metcalfe and Phillip Nicoletti. Pirelli is also involved in national moto championship, such as the BSB (British Superbike Championship, the CIV (Italian Moto Championship), the IDM (German national championship) and the FSBK (French Superbike Championship). 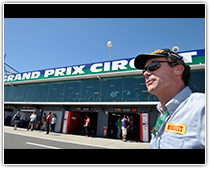 In the Asia-Pacific Pirelli is sole tyre supplier of the Superbike Series in Malaysia and the Philippines and Main Event Sponsor of the Malaysian round of the eni FIM Superbike World Championship.  This year, for the first time, the championship will arrive in Thailand, where Pirelli will also race in the FIM Motocross World Championship.  In Japan Pirelli has created the Pirelli Cup 600 Challenge Series to promote young Japanese talents. Finally, in 2015 Pirelli will open its fourth motorcycle tyre production plant in Indonesia.

The two-wheel competition for the 2015 racing season
Newsroom