Thrills and spills at the Pirelli Regatta 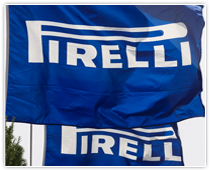 The 2013 Pirelli Regatta came to an end on May Day against the splendid backdrop of Santa Margherita Ligure. This year’s race had to cope with some inclement weather that forced sails to be lowered a day early, but there was still no shortage of excitement. Indeed, the forty-fourth running of the Carlo Negri Cup, organised as usual in the Gulf of Tigullio by the Italian Yacht Club and Pirelli in association with the Santa Margherita Ligure Sailing Club, was honoured by the presence of some real sailing gurus such as: Mauro Pelaschier, Tommaso Chieffi, Francesco de Angelis, Torben Grael and Bruno Peyol. The technology of the latest-generation Extreme 40 catamarans provided excellent entertainment thanks to the experience of some great sailors who have contributed to the history of this sport. 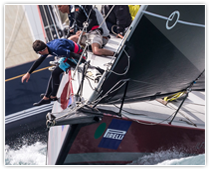 Victory in the 2013 event went to Francesco Conte’s boat Giochelotta. “For an industrialist, investment in culture and sport is essential. It means investing in people. In sound values. This is sailing and it can teach us to become champions after gaining experience over a long period”. With these words, Pirelli Chairman, Marco Tronchetti Provera sought to emphasise the true value of this event.

Thrills and spills at the Pirelli Regatta
Newsroom