The independent certification body gives its seal of approval to Pirelli’s winter tyre, which excels against its rivals in braking, handling and grip on snow 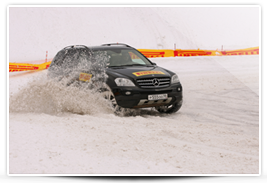 The Scorpion Winter tyre, launched by Pirelli in March for the latest-generation SUVs and crossover vehicles, has been given top marks for reliability and safety by the prestigious TÜV SÜD certification body. This latest accolade confirms Pirelli’s leadership in the winter technology sector, with the Italian tyres chosen as original equipment by some of the world’s most prestigious car manufacturers. The independent certification body put Pirelli’s latest winter tyre to the test against four key rivals, with the Scorpion Winter emerging as best in class when it came to performance on snow, thanks to superior traction, braking and roadholding. Scorpion Winter scored full marks in all these tests. It was particularly impressive in the test for handling and braking on snow, decelerating from 50kph to 10kph in 25.5 metres. In the test for traction on compact snowy surfaces, Pirelli’s new winter tyre allowed the test vehicle to accelerate from 10 to 40kph in 2.32 seconds. The results registered by TÜV SÜD have highlighted the key characteristics of the new Scorpion Winter, developed by Pirelli to maximise traction on snow and optimise driving precision, while guaranteeing high safety standards through corners and on straights in autumn and winter. The tyres used throughout the comparative test were bought directly by TÜV SÜD Automotive from dealers and wholesalers, in order to guarantee complete impartiality. The TÜV SÜD Group is an independent certification, inspection, testing and training body with branches all over the world. It is active in the consumer, energy, environmental and safety sectors.