Milan, September 9, 2020 – Following the recent publication of the last part of this year’s Formula 1 calendar, Pirelli has announced the compounds for the final seven races of the 2020 Formula 1 season, to be held in Germany, Portugal, Italy, Turkey, Bahrain and Abu Dhabi.

Just three colours at each race in 2020, with five different compounds available: C1 is the hardest, C5 is the softest.

“With the 2020 calendar now complete for this highly unusual covid-disrupted season, which features a number of new venues, we’re pleased to announce the tyre nominations up to the end of the year. As usual, these have been designed to take into account a wide range of factors such as circuit layout, likely weather conditions, and asphalt characteristics. Where the circuits are new, we’ve relied on information about the asphalt and data from other championships plus computer simulations from teams to identify the most appropriate selection. As has been the case since the season re-started, there will be a standard allocation of two sets of hard tyres, three sets of mediums, and eights sets of softs per driver for Germany, Bahrain and Abu Dhabi. At Imola, there will only be 10 sets of tyres per driver (two sets of hard, two sets of medium and six sets of soft) as it’s just a two-day race weekend. In Portugal and Turkey, due to expected severity of the circuits, the allocation will be three sets of hard, three sets of medium, and seven sets of soft. As a result, the drivers will have a hard tyre to try during free practice, and still be able to keep two sets of the hard for the race if required.” 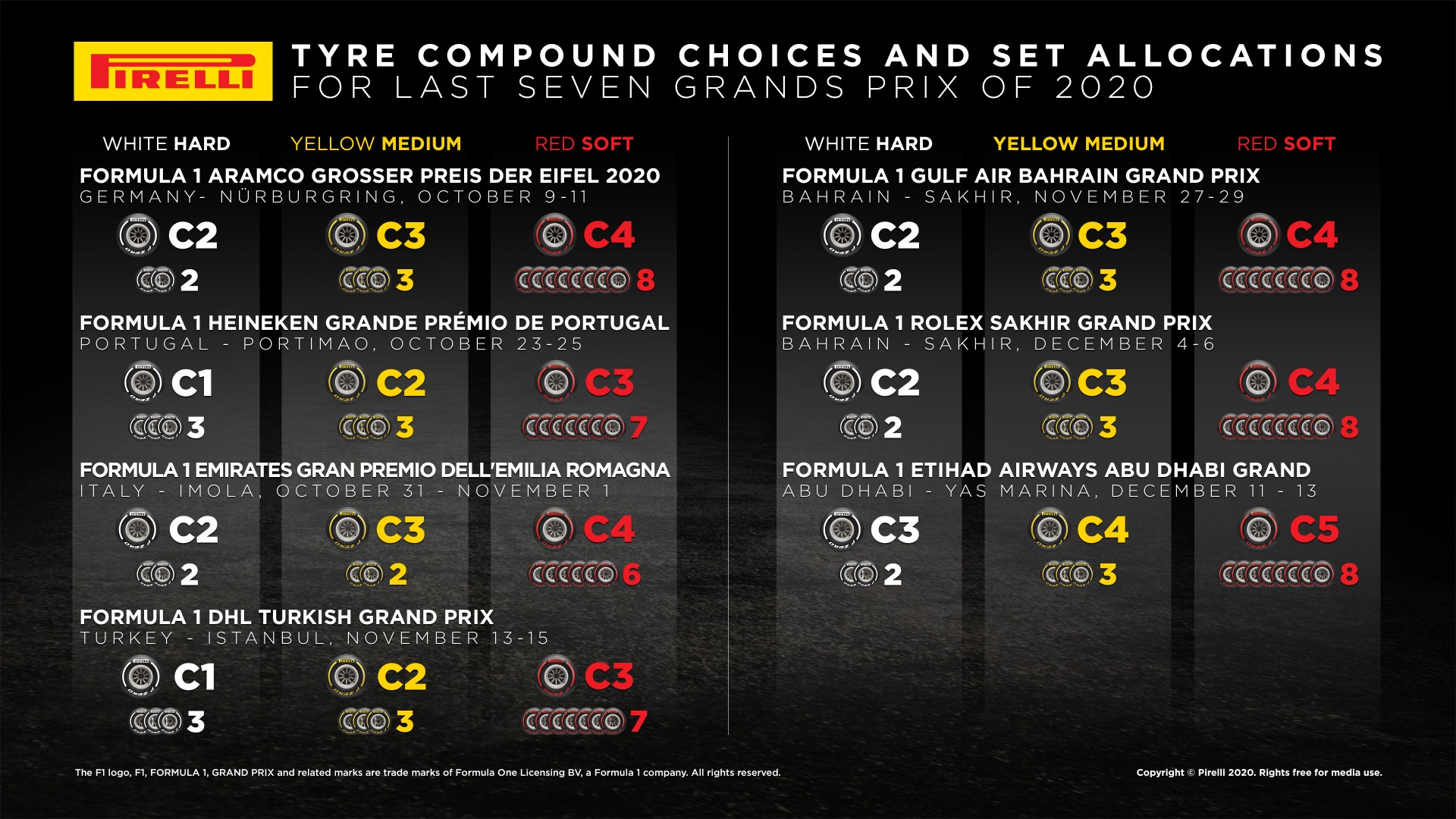