“Compared to previous occasions, and with the drivers not having raced there for two seasons, this year there are a few unknowns to the Australian Grand Prix: first of all the circuit layout has been heavily revised to improve overtaking and, as a result, there’s also new asphalt that should be quite smooth. This means the track is likely to offer very low levels of grip at the start, with a high degree of evolution expected over the weekend and an extremely slippery surface if it rains. We will also head to Melbourne a couple of weeks later compared to previous seasons, when autumn has already started in the southern hemisphere, so conditions could be more variable. Last but not least, there is a completely new generation of cars and tyres that the drivers are still trying to learn about. All these factors mean that there will be a lot of work to do for teams and drivers in the free practice sessions. We decided to opt for the step in the compound nominations because we noticed that there was a relatively small performance gap between the C3 and C4 compounds during development testing, and we believe that Albert Park – with its new asphalt and layout – is a good place to try out this option.” 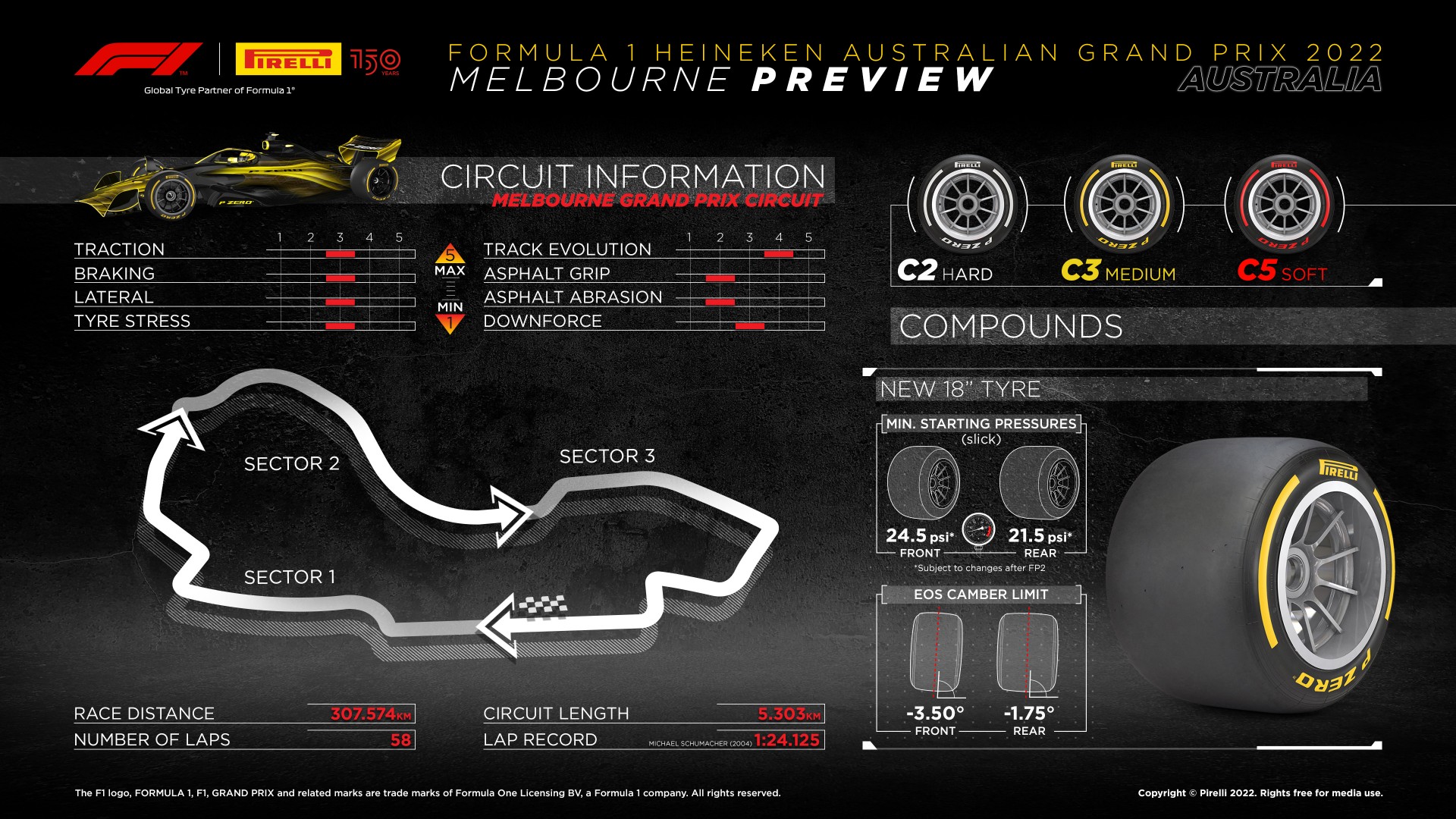