“Until Jeddah came along, Baku was the fastest street circuit of the year. But the demands of this city track are still relatively low, as none of the corners take a huge amount of energy out of the tyres due to the low levels of abrasion and contained lateral loads – which means that we can have the same nomination as Monaco. Having said that, the high speeds in Azerbaijan still place a certain demand on the tyres. The main point is all about traction, with finding the right balance between front and rear axles being the key challenge for all the teams: you need to have enough heat in the front tyres to generate grip, despite the long straights that cool them down, but not too much heat at the rear, otherwise it’s easy to overheat them in the traction zones. Track temperature is also inconsistent in Baku, so all in all it’s quite a specific track with a few different technical challenges, which are nonetheless the same for everyone.” 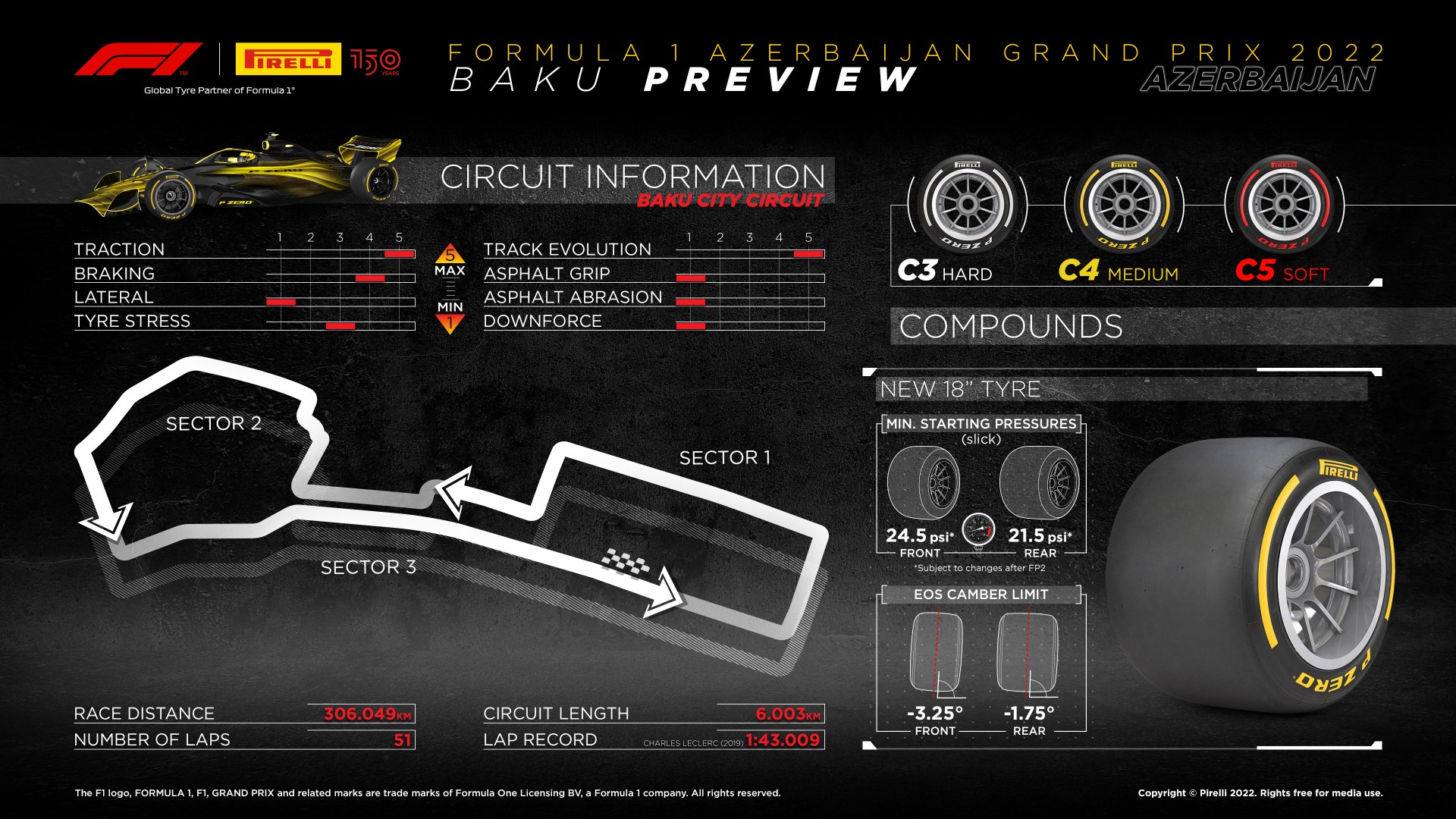 The P Zero Yellow medium and P Zero Purple supersoft tyres have been selected for Formula 2 in Baku. This is the same nomination as in previous years, although the supersoft is a new compound for 2022. The same combination has already been seen this season at Imola, with the two steps between the compounds providing greater variation between the different strategic options. Drivers get two sets of the supersoft and three sets of the medium to use across the weekend, which includes a 21-lap sprint race on Saturday as well as a feature race lasting 29 laps on Sunday, when both compounds must be used if it’s dry.