The 70-lap Hungarian Grand Prix could be either a one-stopper or a two-stopper. With cooler weather tomorrow, yesterday’s practice running suggests that the soft could be a viable race tyre, as part of either a one-stop or a two-stop strategy. A one-stopper could be soft to hard, or medium to hard (which requires a bit less management over the opening stint). Most drivers will probably stop only once, in order to safeguard track position.
But a two-stopper is also a good option, very close to a one-stopper in terms of overall time. The obvious two-stopper would be soft-medium-medium, but soft-medium-soft is another interesting option – with the cars much lighter towards the end of the race.

“Congratulations to George for his first pole: he put together an ideal lap at exactly the right moment to secure a P1 start tomorrow. Today hasn't been easy with the changing conditions: although it was dry for qualifying, tomorrow’s weather is still uncertain, with cool conditions expected again. With the track ‘reset’ as a result of the earlier rain, we saw a lot of track evolution during qualifying, which meant that setting a fast lap at the last possible moment was key to getting a good time.” 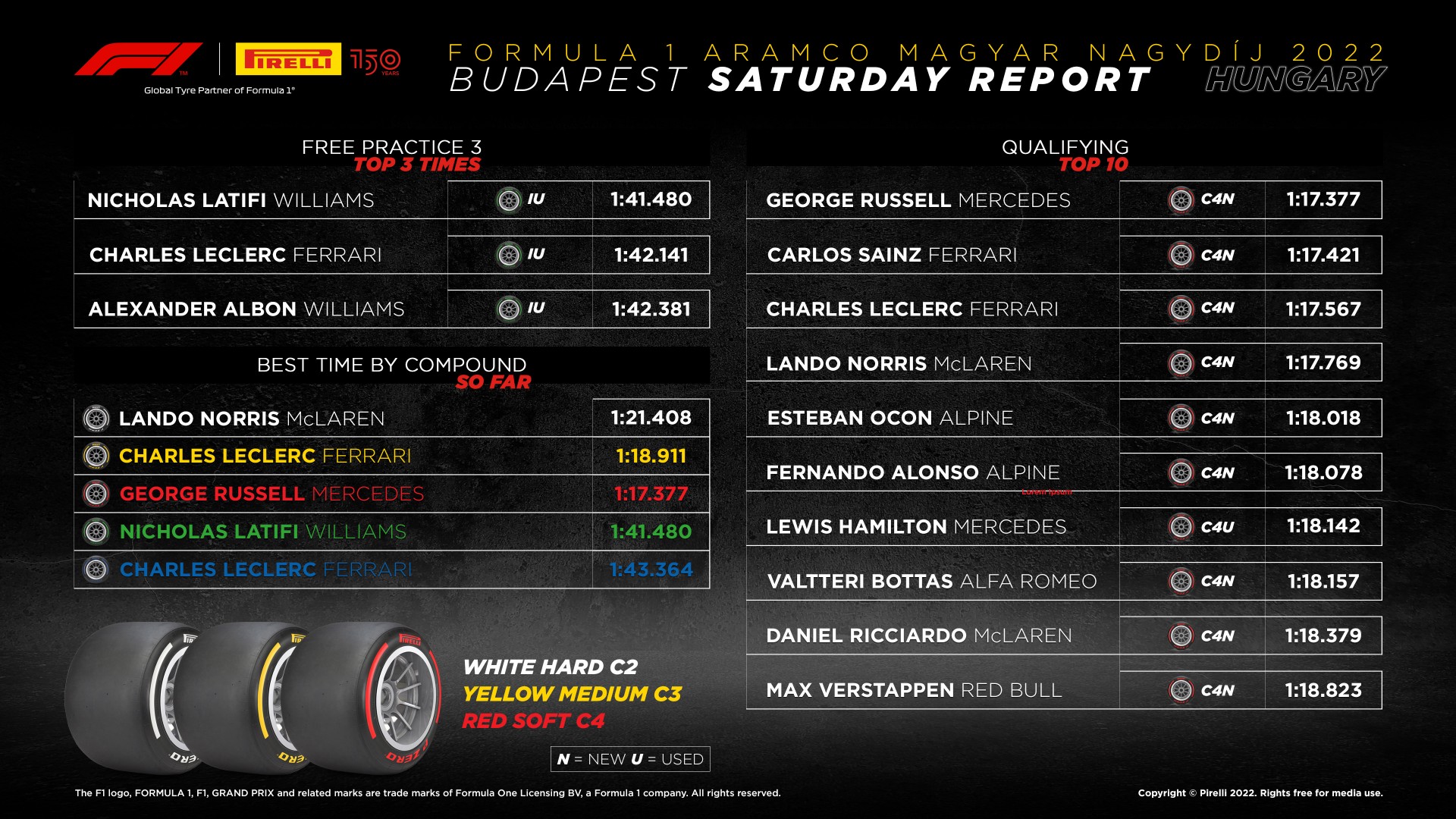 Formula 2
Virtuosi driver Jack Doohan converted pole position into his second  race win of the season, with all the drivers using the P Zero Yellow medium tyres throughout the 28-lap sprint race, held in warm and dry conditions with no obligatory pit stops. The race was interrupted by a safety car shortly after the start, with Doohan managing the re-start perfectly to fend off a strong attack from the Hitech car of Juri Vips, who closed to within a second of him on occasions.

Formula 3
MP Motorsport driver Caio Collett took a debut victory in the rainy 19-lap sprint race this morning, run on Cinturato Blue full wet tyres (Formula 3 doesn’t use intermediates). Starting fourth on the grid, the Brazilian’s margin of victory was an impressive 8.7 seconds after he took the lead on lap 10, in a race featuring three safety cars. With the track drying in the closing stages, drivers had to keep the wet tyre working at its best all the way to the flag.