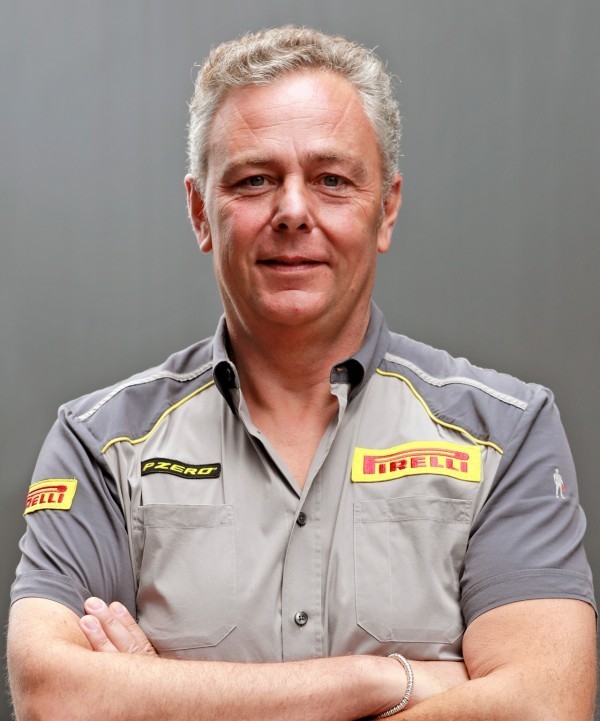 “A big festival for motorsport!”

“It’s a big event for us as we enjoy our 150-year anniversary at home, where Monza also celebrates its first century! So we are looking forward to a big festival of motorsport in Italy, which we can rightly feel very proud of as we equip the most sophisticated and efficient cars in Formula 1 history with 18-inch tyres. Monza is well-known for its high speeds and some fast corners where it’s important to have a car with perfect balance. This year’s tyres should lead to less overheating at the rear on a track where the cars run low downforce and often use slipstreaming to gain a tow. With no sprint race in Monza this year, the teams will head into the grand prix with a bit less information than last time, which means that the strategic approach will be somewhat different.” 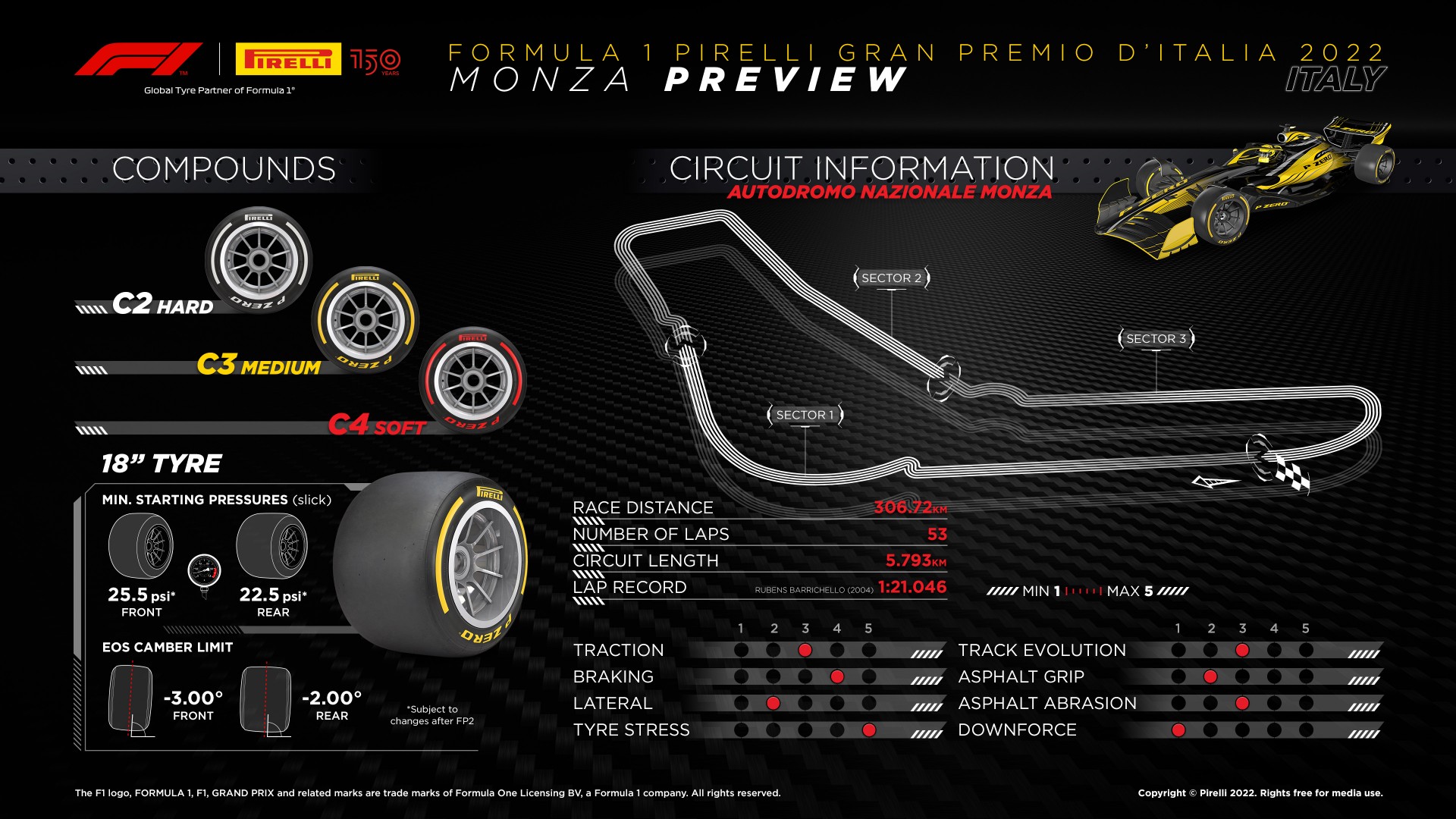 FORMULA 2
The P Zero Yellow medium and P Zero Red soft tyres are nominated, Each driver has five sets of slick tyres (three medium and two soft) to use across the weekend. The sprint race, lasting 21 laps, takes place on Saturday evening ahead of the 30-lap feature race on Sunday morning.

FORMULA 3
Drivers have three new sets of P Zero Red soft tyres, plus another set of P Zero Yellow mediums carried over from the previous round for use in free practice. An 18-lap sprint race will be held on Saturday morning, followed by a feature race of 22 laps early on Sunday morning.

FORMULA 1
The final European test for next year’s prototype P Zero slick tyres will take place in Monza on Tuesday after the grand prix, with Red Bull.

WRC
The legendary Acropolis Rally, round 10 of the World Rally Championship, takes place during the same weekend as the Italian Grand Prix. The Greek event is run on gravel, with all the field using Pirelli Scorpion tyres.

GT
It’s a busy few weeks in the Pirelli-equipped GT World Challenge. Last weekend was the Hockenheim round in Germany, which was won by di Mies, Niederhauser and Legeret, from Audi Santeloc Junior Team. Next weekend, the final round of the Gt World Challenge Sprint Cup takes place at Spain’s Valencia circuit.