“Monaco is often described as one of the most unpredictable races of the year, but the truth is that qualifying takes on a particular significance as track position is key here. As a result of that, understanding how to maximise the softest C5 compound - which has only raced at one event so far this year, in Australia - will be a vital part of free practice. With the previous rule requiring drivers to start the race on their fastest Q2 tyre now abolished, we might see some different strategies this year, with some drivers picking harder compounds to begin the race to target running a long first stint, given the difficultly of overtaking. Others may choose a more traditional approach by starting on the softest compound, at a race where strategy can make a real difference.” 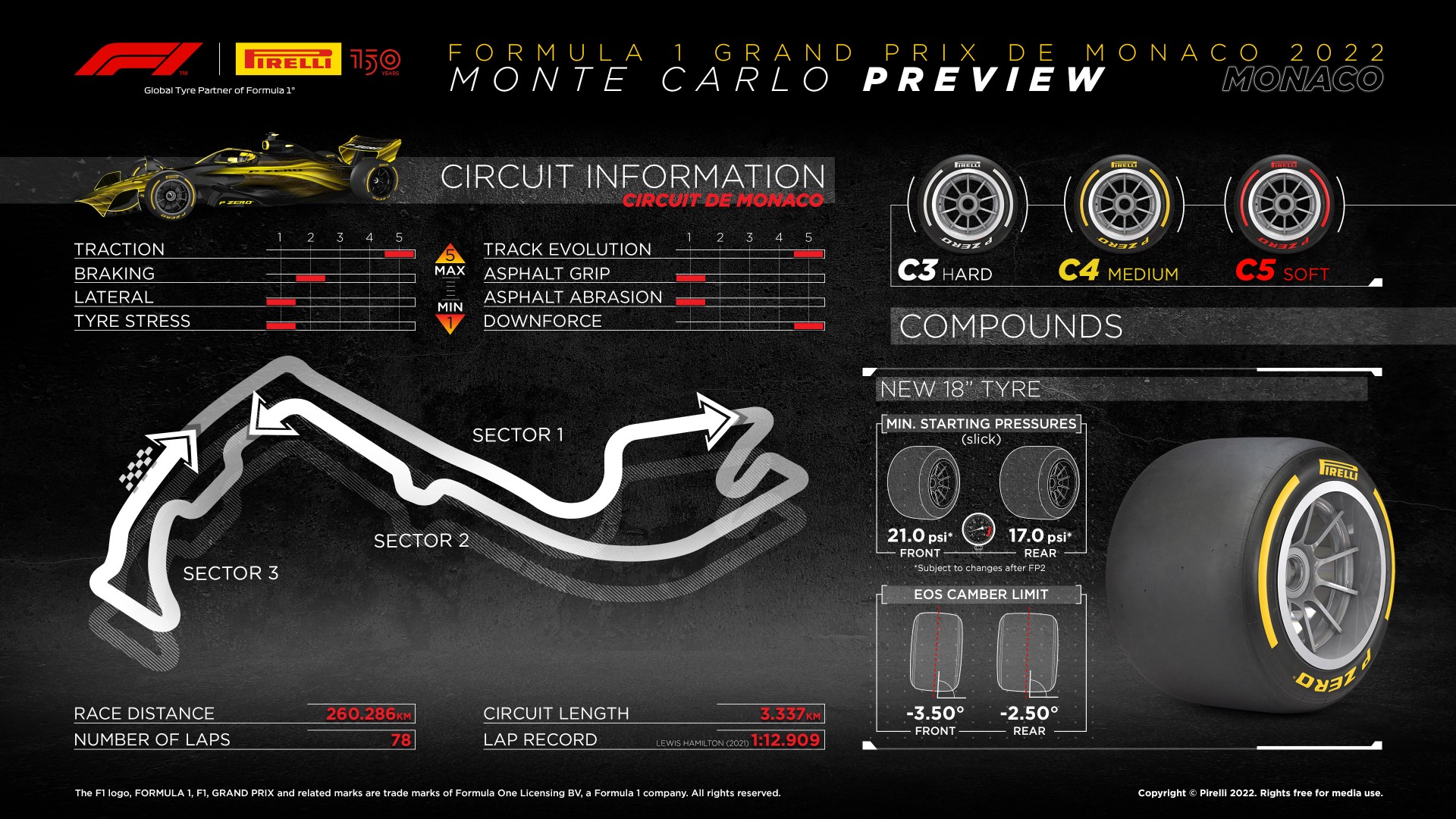 Formula 2 will also race in Monaco with the softest available compounds: the P Zero Red soft tyre and the P Zero Purple supersoft tyre. This is the same nomination as in 2021 and prior years, although the supersoft is a revised compound for 2022 that made its debut earlier this season in Imola. Each driver has five sets of slick tyres (three soft and two supersoft) to use across the weekend. The drivers are split into two groups for qualifying on Friday, before the 30-lap sprint race takes place on Saturday afternoon. The feature race is on Sunday morning, lasting 42 laps and including a mandatory pit-stop with drivers required to use both slick compounds if it’s dry.