Monza WSBK round from Pirelli point of view 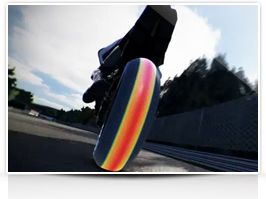 Giorgio Barbier, Pirelli Racing Director, said: "For Pirelli this is our home race, since our headquarters are just a few kilometres from the Monza National circuit. This track is historically probative for tyres: the extreme length of the straight stretches, the sustained high speeds and the violent braking zones stress the central part of the tyre section in a way that no other track in the World Superbike Championship does. Basically, the thermal energy developed and null lean angle both in acceleration and in braking is about 5 times more than that developed at Assen. And then there is the thermal stress on the right shoulder where, especially on the Biassono curve, the tyre stays leaned over for a long time at high speeds in acceleration, reaching thermal energy values on the shoulder that approach the record values of Phillip Island. For this reason we have decided to bring 4 solutions for the rear for the riders to choose from: an SC0 and an SC1 with an oversized 200 profile like the ones already seen during the Australian round. The third solution is also SC1 and last, but not least, the fourth solution is an SC2, both of which are in the standard size. The SC0 and the two SC1 solutions have a reinforced central section which uses an SC2 compound, precisely for the reasons described above." Click here to see the video
Download the video

Monza WSBK round from Pirelli point of view
Newsroom