Already certified as the tyre with the highest mileage and declared best sport touring tyre by the prestigious German magazine Motorrad, the latest member of the Pirelli family continues to achieve successes in comparative tyre tests beating the competition 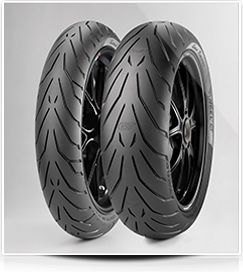 The new Angel GT sport touring tyre, presented and marketed by Pirelli in April, continues to give satisfaction to its designers and the team of Research and Development team at the Milanese tyre company. After being certified by the authoritative independent body Motorrad Testcenter as the number one sport touring tyre for mileage and having won the comparative dedicated to sport touring tyres of the prestigious German magazine Motorrad, the new Angel GT earns the top position even in the comparative tyre tests made ​​by French magazines Moto Journal and Moto Magazine and the German one PS Das Sport-Motorrad Magazin. The comparative tests made ​​by the three magazines have compared the new Pirelli Angel GT with Metzeler Roadtec Z8 Interact M/O, Bridgestone Battlax T30, Continental Road Attack 2, Dunlop Sportmax RoadSmart II and Michelin Pilot Road 3 confirming the victory in all three cases to the new Pirelli sport touring tyre which plays the perfect poker hand by winning all the four comparative sport touring tyres tests ​​so far in 2013. Angel GT is the sport touring tyre that portrays the highest levels of Pirelli DNA in terms of performance, high for the tyre's entire life cycle. The typical Pirelli sports attitude and top notch performance on wet roads goes along with these characteristics thanks to an in depth study of the compounds and geometry as well as the positioning of the grooves in the tread. 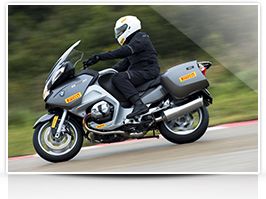 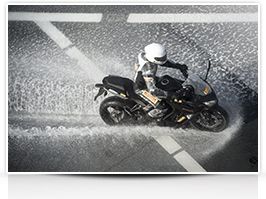 Angel GT is the crowning jewel of the Pirelli Sport Touring range and the natural descendant of Angel ST, a tyre with multiple victories under its belt in comparison tests conducted by the most prestigious international motorcycling magazines, as well as holder of 7 duration world records. Compared to its predecessor, Angel GT increases mileage by 30%, reduces the braking distance by about 1 metre (at a speed of 75 kph), also improving grip and handling in the wet, and, even more importantly, manages to maintain these characteristics at a high level over time. And so, with the name it chose for this product Pirelli decided to maintain a clear connection to the winning tyre, highlighting the evolution toward a product dedicated to long distances which maintains the typical sport spirit of Pirelli with the abbreviation GT. This is why Angel GT is 100% Italian Gran Turismo, an ideal tyre for those riders who travel long distances with a passenger and the bike fully loaded, or who simply take a ride in the country, but also for those who use their bikes all year round, both for recreation and commuting. All of this is true no matter what bike is used, whether a touring bike, a street enduro, naked or sport bike. 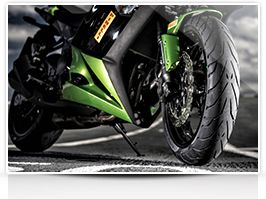 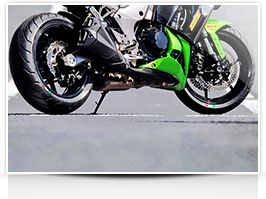 So Pirelli engineers managed to obtain standard-setting mileage in the segment combined with performance typical of a sport product but, what's more, the unique feature of the Angel GT that sets it apart from the other products in the segment lies in the fact that the characteristics it boasts have limited degradation as kilometers roll by all the way to the end of the product's life cycle. This is a property that Pirelli sums up as “Performance Mileage”.