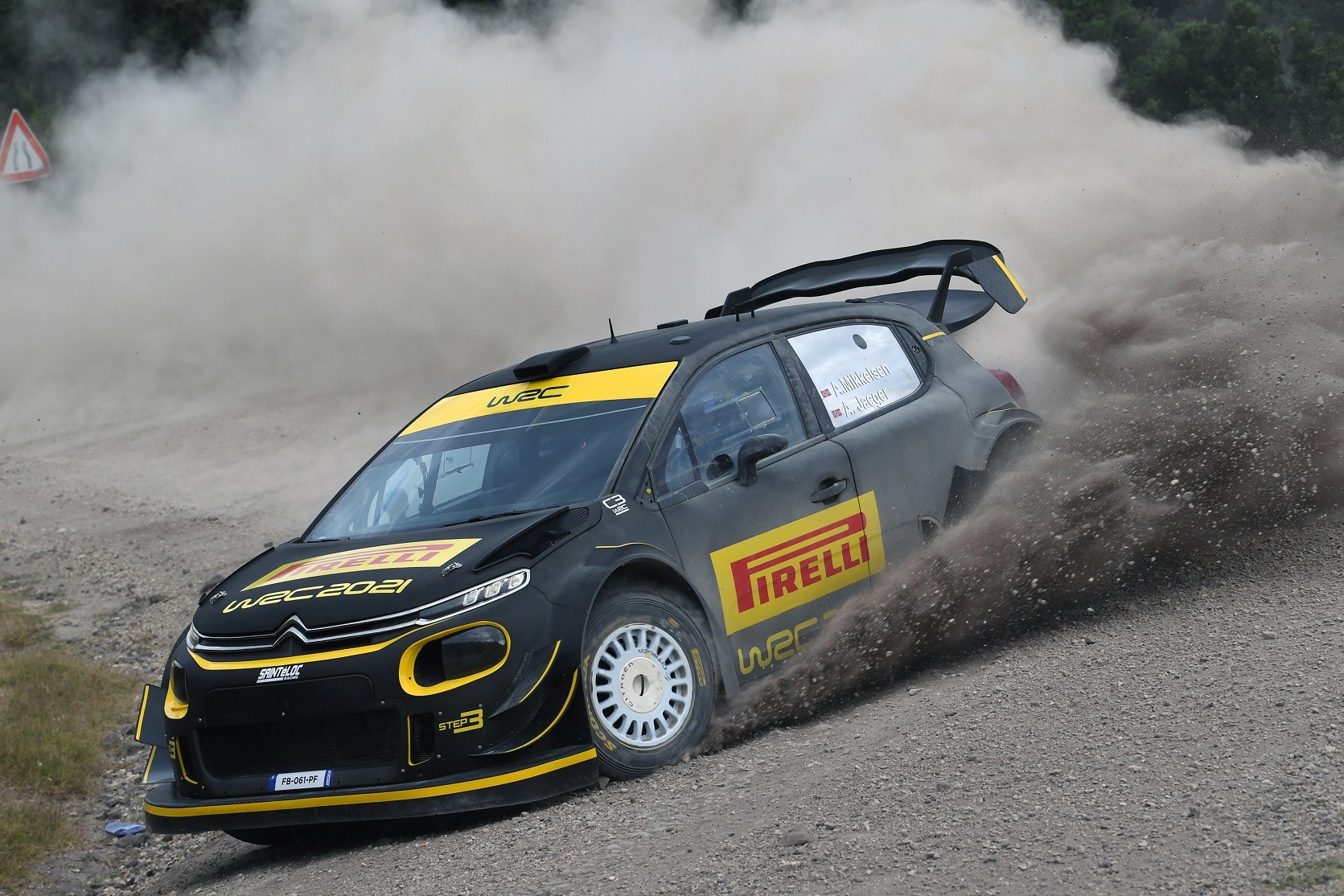 Milan, July 14, 2020 – Pirelli will embark on its 2021 World Rally Championship campaign with two days of private tyre testing today and tomorrow in Sardinia: the first day devoted to gravel and the second day on asphalt.

At the wheel of Pirelli’s uniquely-liveried Citroen C3 WRC test car will be Norway’s Andreas Mikkelsen, co-driven by his compatriot Anders Jaeger. The former Volkswagen, Citroen and Hyundai factory driver will be spearheading the development of the latest-generation Pirelli Scorpion tyres for gravel and P Zero tyres for asphalt, which will be exclusively supplied to the World Rally Championship from 2021 to 2024.

Although the test programme has been disrupted by the Covid-19 pandemic, Pirelli is still on course to deliver its new tyres for next year’s championship, which will kick off with the world-famous Rallye Monte-Carlo from January 18-24.

Overseeing the test programme is Pirelli’s rally activity manager Terenzio Testoni, leading a select team of researchers on the ground in Sardinia developing the tyres, backed up by many more experts at Pirelli’s research and development facility in Milan.

Pirelli’s objective from these first tests will be to establish a baseline and assess how the increased power and downforce of the latest World Rally Cars affect tyre wear, performance and degradation.

“That’s going to be particularly important when it comes to gravel,” explained Testoni. “On the world championship around 80% of the events are on gravel. Luckily, the gravel roads we are testing on – which were previously used on the Rally d’Italia – are among the most demanding gravel stages in the world.”

Intense heat, in excess of 30 degrees centigrade, will add to the challenge. The choice of former world championship stages is a deliberate one, providing an established reference point when the team returns to those stages later in the development programme.

“It’s important that we work methodically in order to measure our progress accurately,” added Testoni. “We start with the basis of a tried and trusted tyre, then we’ll be running a series of prototypes to see where we can add performance and durability. The task is particularly tricky when it comes to rallying, because unlike a circuit, the road and grip conditions are constantly changing. But we’ll come back to these roads in future, to see how the changes we make to the prototype tyres improve their performance.”

Pirelli’s test team aims to cover around 200 kilometres per day, comfortably surpassing the daily distance seen in a World Championship rally. Following the two-day Sardinia test, Pirelli’s engineers will analyse the resulting data before the programme continues next month.