Pirelli continues to supply Formula One™ feeder series in 2013 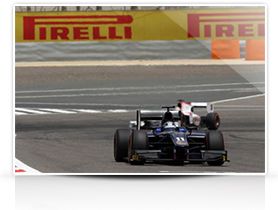 As well as being round three of the GP2 Series, Barcelona marks the start of the European grand prix season and the opening round of this year’s GP3 Series. Pirelli continues to supply both of Formula One’s feeder series with tyres, underlining the Italian firm’s ladder of talent that can take promising young drivers all the way to the very top of global motorsport. For GP2, Pirelli has nominated the P Zero Orange hard and P Zero Yellow soft tyres – the same nomination that was made for the first two rounds in Malaysia and Bahrain. For GP3, there is only one compound supplied for each weekend as per the regulations: in Spain the P Zero hard has been nominated. The track characteristics of Barcelona take in high lateral energy loadings and potentially warm ambient temperatures, making this the ideal nomination. Pirelli’s racing manager says: Mario Isola: “We’re in for a busy weekend in Barcelona, with some significant changes for the GP3 Series this year in particular, which has a brand new car that develops 400 horsepower. This makes a significant difference to the lap times: during testing at Barcelona earlier this year, the cars were actually lapping more than four seconds a lap quicker than they had been in 2012. So we have had a re-think of the GP3 tyres this year, with some brand new compounds, which bring them closer in character to the current GP2 tyres. Barcelona is one of the tracks where this is tested to the utmost, as it is a fast and technical track that asks a lot of the tyres, particularly on the left of the car as all the most demanding corners are right-handers. For GP2, we are sticking with the same nomination that we had in Malaysia and Bahrain: in fact Barcelona has a few points in common with these two circuits when it comes to the way that the tyres are used. Degradation is reasonably high, but all the teams have plenty of historical data from Barcelona, which should be useful when it comes to planning a good race strategy. We saw a variety of different strategies at work during the first two races of the year, so we’d expect the same again this weekend.” 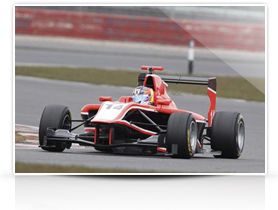 Pirelli continues to supply Formula One™ feeder series in 2013
Newsroom