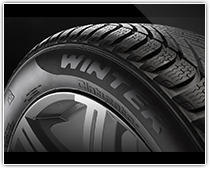 Pirelli has completed its range within the Cinturato family. Following on from the P7 summer tyre and the All Season, now the Cinturato Winter has arrived. The latest product wearing the famous Cinturato brand is transferring to medium-sized cars the same technological innovations developed for tyres fitted to performance cars, especially when it comes to safety. And in fact, this new tyre is specifically designed to appeal to the touring market, from city cars to compact SUVs in sizes from 14 to 17 inches. The Cinturato Winter is intended especially for countries where legislation and climatic conditions necessitate the traditional switch between summer and winter tyres, such as Italy, France, Germany, Switzerland, Austria and Eastern Europe. It is a cross-border project that has been worked on by Pirelli engineers from Milan and Germany, with the support of Pirelli's principal car manufacturer partners such as BMW, Mercedes and Porsche. It will be produced in Pirelli factories in Northern Europe. Underlining the fact that safety has principally guided the development of this new product, starting from the tread pattern, the Cinturato Winter has "Now Snow'' written on the sidewall. When the tyre starts to wear and performance on snow is compromised, the first letter 'W disappears and instead all you see is "No Snow". So Pirelli's new seasonal tyre is the first winter tyre to actually 'talk' to its drivers, clearly indicating the level of wear beyond which it becomes dangerous to drive on snow. The sophisticated tread pattern of the tyre also helps to scoop up snow and sweep it towards the inside of the tread, guaranteeing maximum stability and traction under braking. Water expulsion is increased by 76% and braking distances have been reduced. 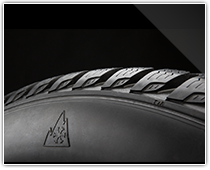 Longitudinal grooves act a bit like zips and allow the tyre to maximise the area in contact with the road and adapt itself to the demands of icy or snowy surfaces. The increased flexibility also means that there is a better distribution of force within the contact patch, which helps to extend tyre life. In fact mileage has been increased by 10%. Thanks to the innovative tread pattern design, the new Pirelli Cinturato Winter cuts back on road noise considerably, both internally and externally.