The Italian tyre manufacturer, already supplier of all classes of the MOTUL FIM Superbike World Championship, is the technical sponsor of this new category, confirming its strong commitment to the development of young talent

Pirelli has been confirmed as the Official Sole Tyre Supplier for the Yamaha R3 bLU cRU European Cup 2021. This championship is the result of the collaboration between Yamaha Motor Europe, FIM Europe and Dorna WSBK Organization and constitutes the first step of a project created to give young riders aged twelve to twenty the opportunity to compete in a professional arena with a race-ready package.

Pirelli has always been a promoter of projects that support the professional growth of riders from all over the world, giving many young riders over the years the opportunity to demonstrate their skills on the international racing scene thanks to the assignment of wildcards within the MOTUL FIM Superbike World Championship. At the same time, the supply of tyres for the Yamaha R3 bLU cRU European Cup 2021 is yet another demonstration of Pirelli's commitment to the world of racing and further consolidates the relationship with Dorna WSBK Organization and Yamaha Motor Europe.

Giorgio Barbier, Pirelli Racing Director for the motorcycle business unit, said: "We thank Yamaha Motor Europe and Dorna WSBK Organization for the appreciation and trust they have placed in our company. We are very satisfied that Pirelli has been confirmed as the Official Sole Tyre Supplier for the Yamaha R3 bLU cRU European Cup because this rewards the continuity of our commitment over the years in racing at all levels and our ability to concretely contribute to the development of young riders, those who will become the champions of tomorrow."

The championship consists of twelve races distributed in six Rounds of the MOTUL FIM Superbike World Championship; each race weekend includes free practice and the Superpole session on Friday, while on Saturday two short races of ten laps each. Up to thirty-six riders between the age of twelve and twenty will have the opportunity to challenge each other on an internationally renowned stage on Pirelli-equipped Yamaha R3 motorcycles.

In fact, young riders will be able to count on Pirelli DIABLO ™ Superbike slick tyres, the same tyres already used successfully in all classes of the MOTUL FIM Superbike World Championship, of which Pirelli has been the uninterrupted Official Supplier since 2004. Specifically, all registered riders will have access to the DIABLO™ Superbike 110/70-17 front in SC1 compound and the rear DIABLO™ Superbike 140/70-17 in SC1 compound, which is the same supply as for the bikes of the World Supersport 300 World Championship.

This is the race calendar which compromises twelve races in six Rounds within the MOTUL FIM Superbike World Championship calendar: 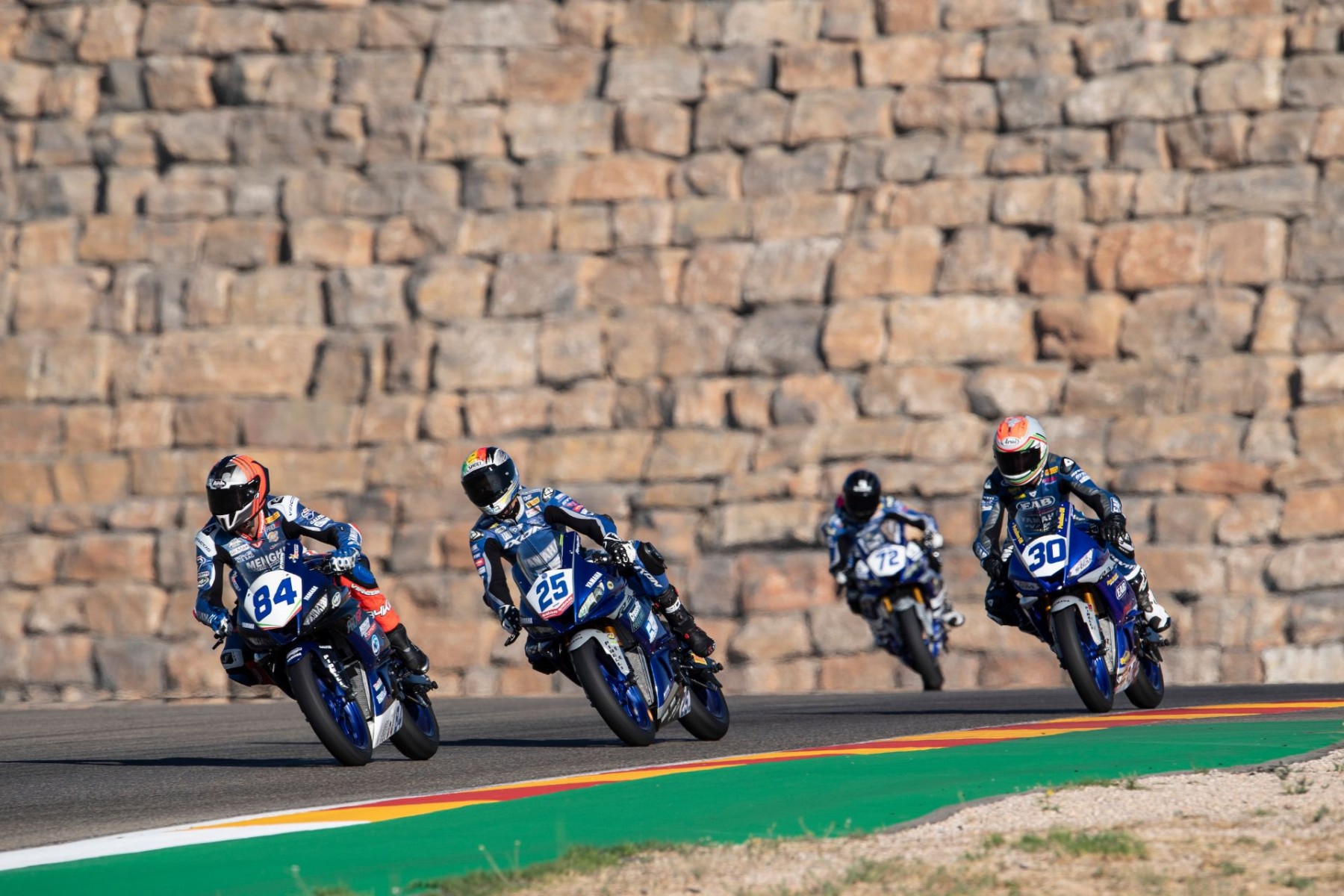