To food lovers around the world rocky road is the ultimate in chocolate heaven. Containing a mix of high-quality dark chocolate, marshmallows and digestive biscuits, few snacks are more sweet, crunchy or delicious. It's also a breeze to make with no cooking time required, just a stint in a fridge to set the mouth-watering mixture. Rally of Turkey, round four of the FIA World Rally Championship, had several rocky roads of its own, none more so than the Riva stage, which was run twice on the second day of the Istanbul-based event. Although it finished adjacent to Turkey's Black Sea coastline, there was nothing else pleasurable about Riva's rocky road, a 27.17-kilometre brutal stretch formed of large, punishing stones. But while world rallying's best drivers complained the stage was too ferocious for inclusion on the event's itinerary, Pirelli's team of expert engineers had no such concerns, confident that the Italian company's Scorpion tyres, supplied as standard to the WRC field for a three-year period, would withstand the perilous stage conditions, thanks to their strong construction. 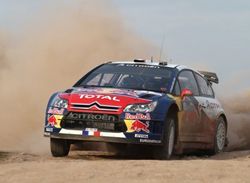 "We tested on very rough roads when we were developing our tyres for the World Rally Championship," said Mario Isola, Pirelli's rally manager. "That meant we were well prepared for the conditions we faced in Turkey where our rally tyres are actually manufactured. It was a hard rally, especially the second day, and we also had to cope with different conditions. But I am pleased with the performance and durability of the tyre and how well the run-flat technology worked, which is also used in our road tyres." Turkey, as a rally venue, is well-known for its demanding road surfaces, even following the world championship event's move north from Kemer on the country's Mediterranean coast to its largest city, Istanbul. But the combination of a cold winter and heavy rain in the months leading up to the rally meant much of the competitive route was more taxing than expected. Riva was one of the stages hardest hit after organisers resorted to rebuilding parts of the damaged surface with huge stones normally used as the base material for new roads. Ken Block, the star of the Gymkhana driving videos, who was competing in Turkey in a Monster World Rally Team Ford Focus, had difficulty coming to terms with the rock-coated stage. "I'm still trying to work out who thought it would be a good idea to build a road with rocks that big," said the American driver. "Even though it was a fast piece of road, you really had to back off just to make it through because you didn't want to do any damage to your car." Despite the gruelling terrain, Sebastien Loeb once again proved the class of the field by scoring his third-straight win of the 2010 WRC season in his factory Citroen C4, the French ace's 21st triumph at world level using Pirelli tyres. "The stages were incredibly rough but we knew the tyres would be strong and everything would be okay," said Loeb. "I am pleased to say we had no problems with the tyres." Rally of Turkey also marked the first event for the Pirelli Star Driver programme, which has handed the chance of a lifetime to five young drivers to contest six rounds of the world championship in identical Mitsubishi Lancer Evolution Xs. New Zealander Hayden Paddon was the best placed of the five after Estonian Ott Tanak suffered the agony of crashing out of a stunning ninth place overall on the final morning of the rally. In the Junior World Rally Championship section, Aaron Burkart triumphed in his Pirelli-shod Suzuki Swift Super 1600, which marked the German's second victory in the young driver category. The World Rally Championship resumes in New Zealand from May 6-9.