“EXCELLENT PERFORMANCE WITH NO WEAK POINTS” IS THE FINAL VERDICT ON P ZERO: THE WINNER WHEN IT CAME TO BOTH SAFETY AND PERFORMANCE 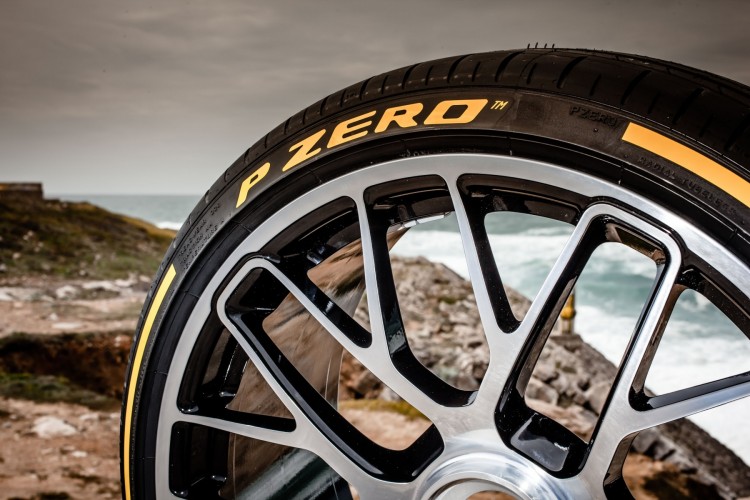 Milan, March 25, 2019 – The new P Zero tyre has seen off its toughest opposition. Pirelli’s flagship tyre has claimed first place in a test organised by respected German magazine Auto Bild, which carried out a comparative test of 11 tyres for its Auto Bild Sportscars publication – all of which were vying for the accolade of best summer tyre. The size chosen by the German journalists to test was 245/45 R18, the fitment from which Pirelli identifies top of the range equipment. This is the market sector that the Italian firm is focussing on most. The car used for the German test was the BMW 530d: a sports saloon that can put out 265 horsepower and 620 Nm of torque.

There was a series of objective tests involving handling, a steering pad, wet and dry braking, rolling resistance, noise, and aquaplaning. In the categories where safety was a priority, the new P Zero was judged to be the best of the lot. It received the highest score in the steering pad tests and in both wet and dry braking. These tests all assess how much safety the tyres can offer the driver. In terms of sports performance, the Pirelli P Zero was also the best tyre when it came to handling – both in the wet and the dry – in an exacting test that was measured by lap times against the clock.

As well as being a brand, P Zero is also a symbol: the most recognised tyre among performance car enthusiasts, opening up a world of technology, passion and exclusivity. At the 2019 Geneva Motor Show, Pirelli’s most sporting family was enriched by some new arrivals, lending further substance to Pirelli’s tailor made strategy. Whether the customer is an individual driver or a manufacturer, Pirelli creates personalised solutions for all the most important cars in the prestige and premium sectors, for every specific need. And now also with the winter performance brought by P Zero Winter, the intelligence of sensors for track days thanks to Track Adrenaline, technology for electric supercars identified by the Elect marking, and the exclusive personalisation offered by the P Zero Color Edition range. All of this guaranteed by the quality synonymous with the P Zero brand – as seen in this latest German test, with stopwatch in hand.