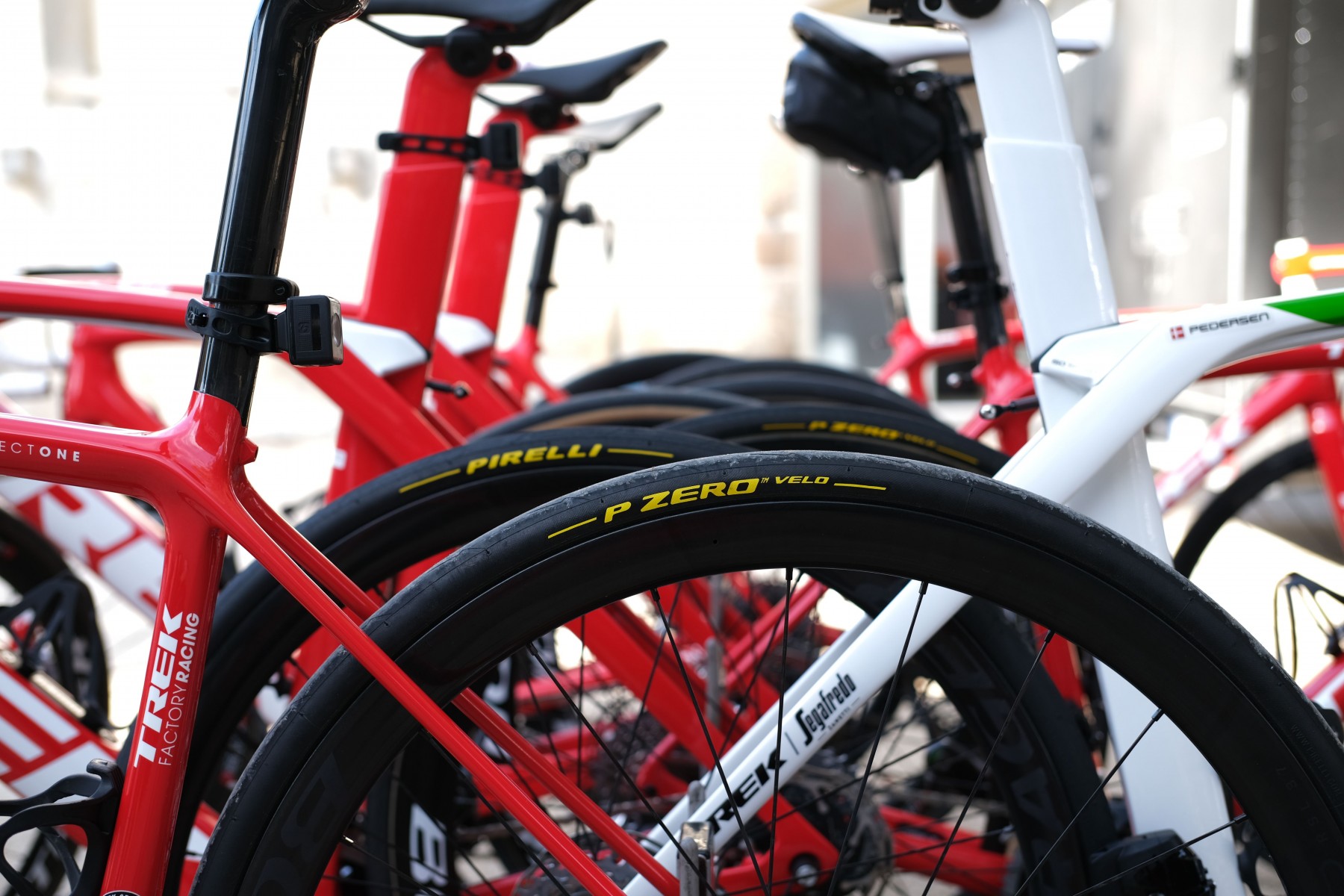 Milan, Italy, 22 January 2019 - Pirelli accelerates its strategy towards an ever-growing involvement in professional cycling and announces the partnership with the prestigious World Tour Team Trek-Segafredo. Its first official presence after signing the partnership is now underway at the Santos Tour Down Under in Australia, where the team's athletes, including the reigning UCI world champion Mads Pedersen, are riding on Pirelli's P Zero Velo Tubular tyres.

Competitions at the highest levels are part of Pirelli DNA, which boasts over 110 years of sporting history in which it has supported athletes and teams in the most important challenges. The partnership with the Trek-Segafredo team fits into this context: the team has made technical choices a flagship, such as pioneering the 100% conversion of one of its racing bikes to disc brakes. This technological evolution explains Pirelli's choice to be present in competitions that act as open-air laboratories to develop products at, which then become standard and commercially available. In addition, the Trek-Segafredo team is one of the most active in the world of women's professional cycling, ranking among the top five in the Union Cycliste Internationale.

With this new partnership Pirelli continues its path in cycling at the highest levels, which it began in 2017. This continuation in the bicycle sector is a natural step for the company: bicycles are a sustainable medium with zero environmental impact, which aligns with Pirelli’s strong key values, as Pirelli is a world leader in sustainability and was named in 2019 as the number one leader in the automotive sector.

The technological aspect is at the core of this partnership with the Trek-Segafredo team, as it will also see a continuous comparison and technical development on the product, with particular emphasis on the new P Zero Velo tubulars. The result of this process of performance testing and validation, which will continue race after race, will lead to an improvement of the product which will then be made available by Pirelli for all fans.After the Mitchelton-SCOTT World Tour team, which was also renewed for 2020, Pirelli will outfit another great team from the top UCI circuit, preparing to face a 2020 season of great cycling.