“This double result is extremely important for us” said Pirelli Moto Racing Director Giorgio Barbier, “because it is further confirmation of Pirelli's leadership even in open tyre competitions like the demanding World Endurance Championship. Once again, as already happened in the Bol d'Or and in other national open tyre championships like the Italian Speed Championship Superbike class, we have demonstrated that Pirelli is not afraid of a challenge from our competitors, but at the same time we are also able to skilfully manage world and national control tyre championships, guaranteeing equal treatment for all the participating riders in terms of tyre supply in favour of spectacular races for the fans. 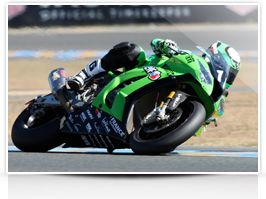 For the 35th edition of the 24 hour marathon scheduled regularly since 1978 on the Sarthè “Bugatti” track, Team Kawasaki SRC, with a Kawasaki ZX10R equipped with Pirelli Diablo Superbike, took the top step of the podium, winning its third consecutive edition after 2010 and 2011. The race, which had the Kawasaki SRC team starting from the second block on the starting grid, was run with Pirelli Diablo Superbike tyres in two different compound solutions on the rear and only one on the front. On the rear the race was ridden with two development solutions: in fact, during the daylight hours, when temperatures were above 22°C, a soft SC0 compound was used which performs better on the kind of asphalt found on the Le Mans track which provides little grip, while during the night, when temperatures dropped, a more protected solution in SC1 compound was chosen. On the other hand, for the entire race the same solution was used on the front – the Diablo Superbike SC1 compound which is currently sold on the market for private users as well. The grip and mileage of the Pirelli tyres allowed for long range, at the same time providing the riders with consistent performance for the entire duration of the race. A total of 25 sets of tyres was used during the 24 hour period and Pirelli, together with team Kawasaki SRC, broke an historic track record, completing 3532.140 km in 24 hours, totalling 844 laps. 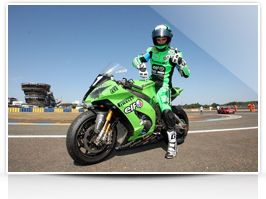 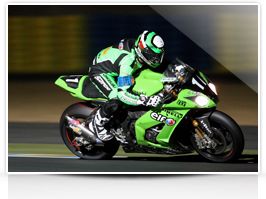 The perfect balance of riders, bike and Pirelli Diablo Superbike tyres proved to be fundamental to win this competition in front of the team S.E.R.T. Suzuki GSX-R 1000 equipped by Dunlop and the team BMW Motorrad FR Thevent BMW S1000RR equipped by Michelin. The performance by Penz13.com Kraftwerk Herpigny Racing Team and its riders was also impeccable. Together with Pirelli they earned a final 2nd place in the Le Mans race, thereby winning the World Endurance Championship in the Superstock class with a total of 102 points and a lead of 12 over the second place team in the overall standings.